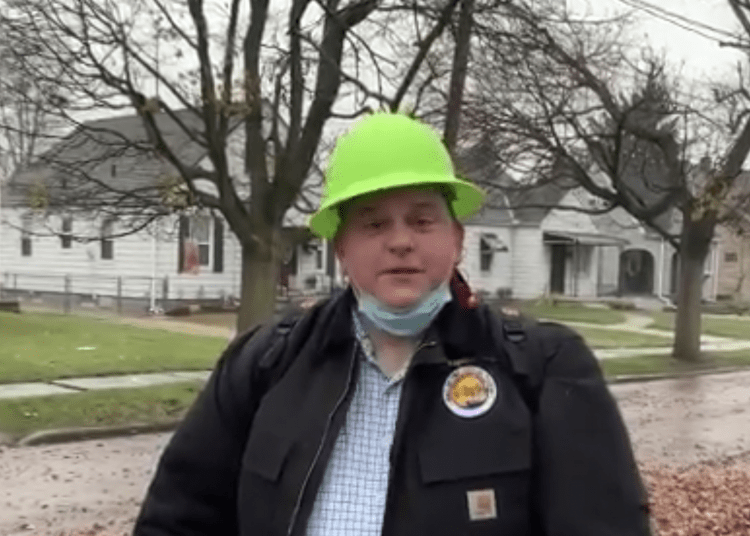 Toledo, Ohio — Toledo Mayor Wade Kapszukiewicz claims to have a plan and a program to reduce gun violence. However, to put his plan into action, the mayor has hired JoJuan Armour as the program manager. In the newly created position, Armour will be coordinating numerous efforts to reduce gun violence in the city. Armour, a former professional football player, was someone that Mayor Kapszukiewicz said is respected and trusted in the community, according to The Toledo Blade.

The problem is that Armour—and part of the so-called “community trust” he brings to the job—stems from his alleged threats to shoot a Toledo police officer during a traffic stop in 2011. Armour was convicted in Toledo Municipal Court of misdemeanor disorderly conduct and operating a vehicle under the influence after that incident.

Armour’s “experience” continued in 2007 when he was involved in a fight that led to a stabbing, and convicted of two misdemeanor counts of disorderly conduct. Apparently, Armour’s experience with violence is not only related to threats of gun violence, but violence with other weapons as well.

Sure, second chances are part of criminal justice and redeeming oneself. But it seems Mayor Kapszukiewicz may have overlooked Armour’s consistent history of criminal behavior. For example, Armour was also arrested in 2018 for operating a vehicle under the influence, which resulted in Armour spending 15 days in jail and another 55 days with electronic monitoring.

For his part, Armour is optimistic and says that his past shows that intervention can set an individual on a path of positive change. And while he has had negative interactions with law enforcement in the past, he looks forward to interacting with police (hopefully in a more positive way).

Armour will be paid $71,764 annually. And one of his first assignments will be to spend a yearly $150,000 budget to hire “violence interrupters.”

Law Officer is the only major law enforcement publication and website owned and operated by law enforcement. This unique facet makes Law Officer much more than just a publishing company but is a true advocate for the profession.
Share and speak up for justice, law & order...
Tags: crimegun violenceJoJuan ArmourMayor Wade KapszukiewiczNewsohiotoledo