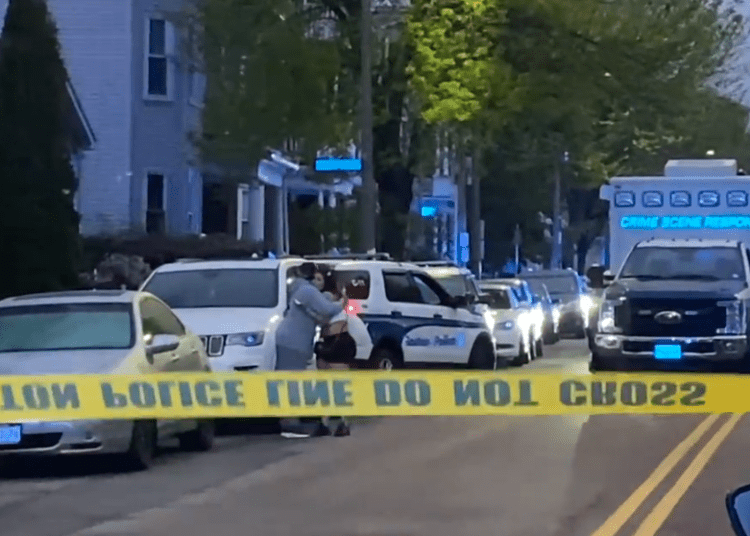 BOSTON – A knife-wielding suspect who stabbed an officer was fatally shot by Boston police early Saturday, according to authorities.

Officers of the Boston Police Department were dispatched to the area of Hancock Street and Glendale Street in the Dorchester neighborhood around 2:40 a.m. Saturday regarding reports of a person screaming, Fox News reported.

During the confrontation, the non-compliant suspect, later identified as Richard Ortiz, 48, stabbed an officer in the upper torso, police said.

As a result of the lethal attack, a second responding officer discharged his weapon and shot the assailant. Ortiz was pronounced dead at the scene.

Both unnamed officers were injured during the attack and subsequently transported to the hospital for treatment.

Ortiz was known to law enforcement authorities and had a lengthy criminal record. Moreover, at the time of his death he had an active warrant for breaking into a private residence where he was shot, WCVB reported, citing a police source.

Upset family members have been on the street for hours. One woman yelling that police killed her uncle. No identification yet of the deceased. #WCVB https://t.co/L2mjgL7D3H pic.twitter.com/4xbL9dNeqe

“This is a very active investigation, the scene is still being processed, witnesses still being interviewed,” Long told reporters Saturday. “This is the reminder of the dangers officers face every day and how quickly events can unfold when officers respond to a call.”

According to the Boston Police Patrolmen’s Association, the officer who was stabbed has been released from the hospital and is recovering at home.

“The dangers of policing on full display yet again yesterday in Dorchester,” the union tweeted. “To all who risk their lives to keep others safe, we say: ‘Thank you.’”

Suffolk County District Attorney Kevin Hayden was at the scene Saturday and said his office will be investigating the officer-involved shooting, Fox reported.