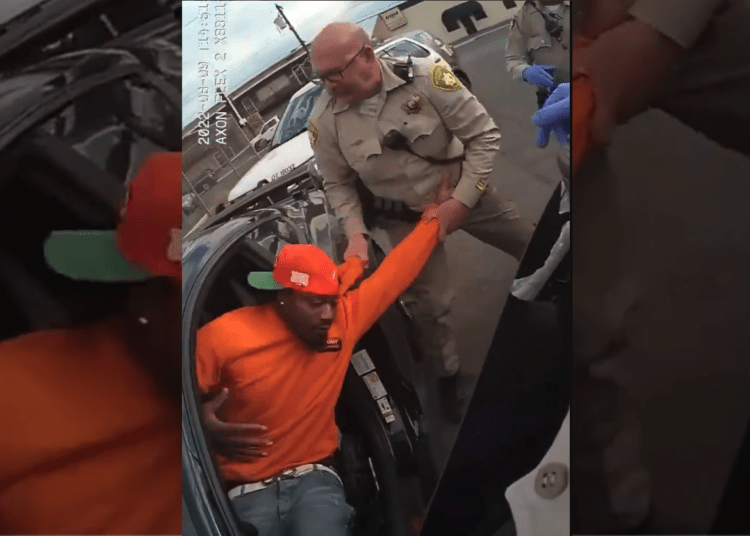 Marshawn Lynch refused to comply with officers instructions, so they removed him by force during his Tuesday DUI arrest. (Las Vegas Metropolitan Police Department)

Lynch, 36, is seen speaking to police through an open door on the driver’s side of his vehicle. Officers repeatedly ask him to exit the vehicle and also explain the consequences for his non-compliance, the New York Post reported.

“Right now, if you don’t get out of the vehicle, you’re going to be charged with obstructing an investigation,” an officer tells him. “That is a criminal offense and you will go to jail.”

The former Pro Bowler refused to comply so officers forcibly removed him from the car, according to the video.

During the course of the investigation, Lynch reportedly told police that he stole the 2020 Shelby GT500.

Lynch was taken into custody Tuesday at about 7:30 a.m. after officers found him “asleep behind the wheel with the vehicle in an undriveable condition” since it sustained damage to the wheels on the driver’s side of the automobile.

A tire was missing from the car’s left front wheel, and the back left tire appeared to be flat, according to 8 News Now.

Police said in their report that “Lynch was not cooperative or willing to comply with the Search Warrant and corrections officers from the City of Las Vegas had to use a restraint chair to force a blood draw.” 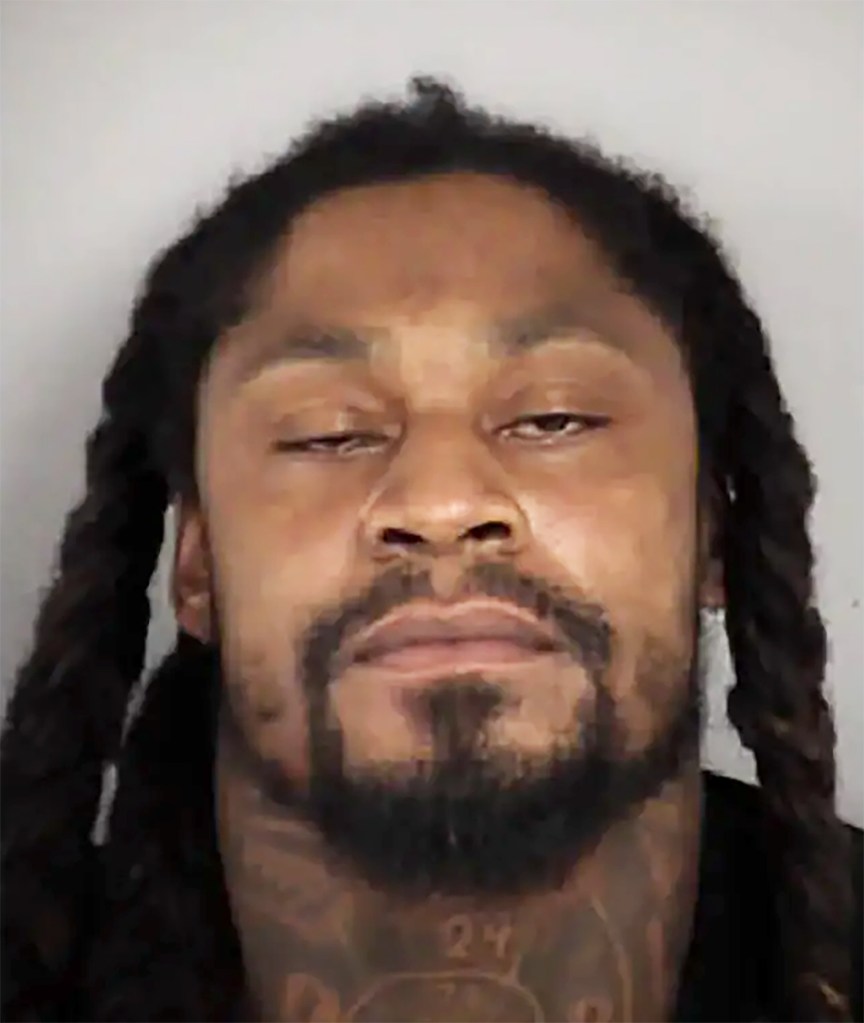 “The LVMPD conducted a vehicle stop at Fairfield Avenue and West Utah Avenue (near Wyoming and Las Vegas BLVD) on a driver, later identified as Marshawn Lynch, for suspected driver impairment,” Las Vegas police said in a statement earlier this week. “Through the course of the investigation, officers determined that Lynch was impaired and conducted an arrest. Lynch was transported to the Las Vegas City Jail and booked for driving under the influence.”

Hence, Lynch faces one count of DUI among other charges. He is scheduled to appear in court Dec. 7.

Lynched played in the NFL for 12 seasons with the Buffalo Bills, Seattle Seahawks, and Oakland Raiders. He was previously arrested for DUI in 2012 in California and pleaded guilty to a charge of reckless driving in 2014, the Post reported.

The Seahawks hired him as a special correspondent for the upcoming season. It is unclear if the latest incident will impact that role.