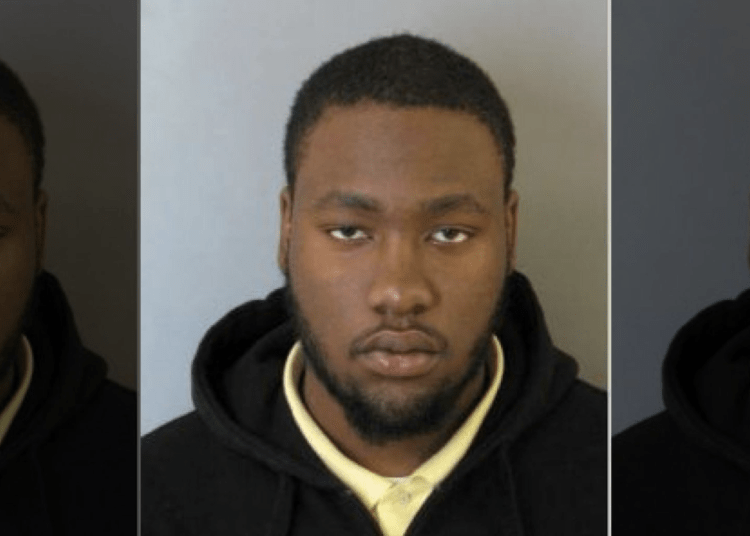 Sheldon Francis, 29, was killed during a gun fight with police. (Delaware State Police)

BEAR, Del. — A Delaware man suspected of fatally shooting an elderly Maryland couple as they were visiting their son’s grave earlier this month died from police gunfire during a shootout about two hours after the crime, authorities have confirmed.

About four hours after the shootout, police found the body of Sheldon Francis, 29, of Middletown, in a wooded area near Delaware Veterans Memorial Cemetery in Bear, the site where authorities say Francis had shot Paul Marino, 86, and Lidia Marino, 85, of Elkton, Md., in a seemingly random attack, The Newark Post of Delaware reported.

Responding officers spotted Francis running into the wooded area less than an hour after the murders, FOX 45 of Baltimore reported.

The shootout between Francis and police left an armored Delaware State Police “BearCat” vehicle covered with damage from bullets, according to the Post.

The suspect’s gunfire toward the vehicle sparked the shootout, according to FOX 45.

“Upon arriving to the location, the BearCat began immediately taking on a significant amount of gunshot rounds from Francis, resulting in an exchange of gunfire taking place between members of SORT and Francis,” a state police spokesperson told the Post, referring to the state police Special Operations Response Team.

“During the exchange of gunfire, Francis sustained a gunshot wound by the Delaware State Police, which resulted in his death,” the spokesperson continued. “Francis was pronounced deceased at the scene.”

Francis’ body took a long time to find because police did not know his exact location or physical condition, so they needed to proceed cautiously as they searched the wooded area, the Post reported.

The Marinos were shot in the cemetery about 10:15 a.m. May 8, with Lidia Marino dying at the scene and Paul Marino, a U.S. Army veteran, dying in a hospital the next day, authorities have said. According to their twin sons, Paul Jr. and Ray Marino, the couple were visiting the grave of their son Anthony, who died in 2017 at age 54.

The sons do not know if their parents were able to pay one last visit to Anthony’s grave before they were fatally shot.

“They were shot halfway between the cemetery entrance and Anthony’s burial plot, so we don’t know if they were coming or going,” Ray said.

NEW: The Elkton couple slain at the Delaware Veterans Memorial Cemetery have a beautiful family and story. Our own Carl Hamilton, in a Whig exclusive, takes a deep look into the heartwarming, wrenching story of the beloved #CecilCounty couple. https://t.co/hljndAQvwy

The devoted parents visited their late son’s burial site almost daily, the surviving sons have said. Days after they died, the parents were buried in the same family plot as their son, the Post reported.

The man who killed the twin brothers’ parents reportedly possessed a scoped rifle at the time but, according to information that DSP investigators provided the family, Francis apparently shot them with a handgun at relatively close range.

With the investigation continuing, it appears that Francis randomly opened fire on the Marino couple.

“As this investigation remains ongoing, there has been no motive determined at this time or evidence indicating Francis had any connection to the Marinos,” a DSP spokesman said.

The couple had been married for 61 years, the Cecil Whig of Maryland reported.

“My parents were in their 80s, but they were very healthy and active. They had five or 10 more years of good life left, I’m sure,” Ray said. “I thought they would die from natural causes someday – not be executed by a stranger in a cemetery.”

The day after the shootings, Paul Jr. visited the cemetery.

“I just wanted to see where my parents got shot,” he explained, noting that a groundskeeper approached him, wanting to know why he was there. “When I told him my parents were the people who got shot, the groundskeeper said he knew my parents, that they talked to him every time they saw him at the cemetery. He was very upset by what happened.”

No police or bystanders were injured during the shootout. Responding officers were placed on administrative leave as the investigation continues.