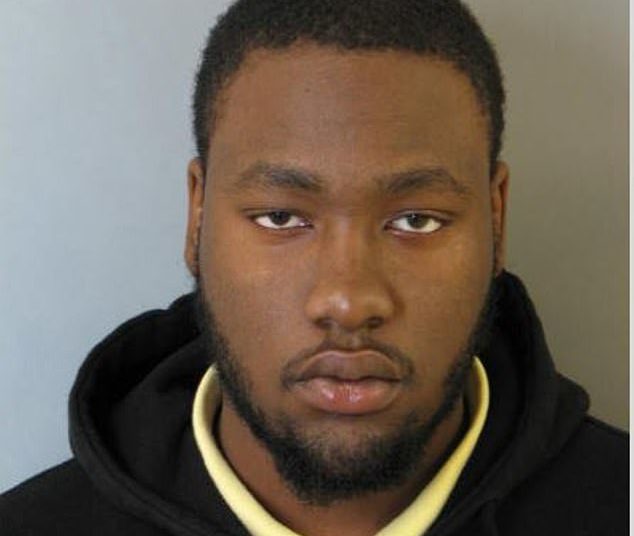 An 85-year-old woman and her husband, 86, were both killed in a shooting at a veterans cemetery in Delaware on Friday morning and oddly enough, the national news media has barely said a word.

Delaware State Police on Friday night identified the victims as a married couple from Elkton, Maryland.

Police responded to the area and exchanged gunfire with the suspect. 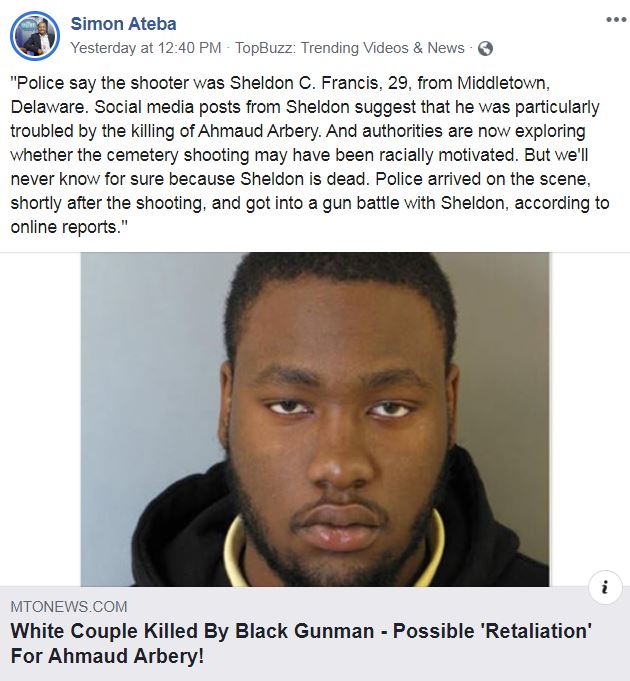 According to the Daily Mail, the 29-year-old suspect, identified as Sheldon C. Francis, was found dead from a gunshot wound a few hours later. It is unknown at this time whether he was killed by police or whether it was self-inflicted.

It is not believed that the gunman knew his victims.

The elderly couple were at Delaware Veterans Memorial Cemetery in Bear on Friday morning when they were shot. Their names have not yet been released.

Police are looking into the case as a possible hate crime due to inflammatory social media posts prior to the shooting.

The media has been oddly silent about much of these details. In some cases, the media loves to point out the race of the victim and suspect and they are never shy about using the term “unarmed” in some cases.

In this case, the race of the victims were not listed and Law Officer had to search those facts outside of the mainstream media.

The potential hate crime has also not been widely reported.

We will let you be the judge on why the media chooses to report some tragedies repeatedly with vague facts while others are barely discussed.

No officers were injured in the shooting.

The state-owned cemetery is overseen by the Office of Veterans Services, a division of the Delaware Department of State.

UPDATE: About four hours after the shootout, police found the body of Sheldon Francis, 29, of Middletown, in a wooded area near Delaware Veterans Memorial Cemetery in Bear, the site where authorities say Francis had shot Paul Marino, 86, and Lidia Marino, 85, of Elkton, Md., in a seemingly random attack. READ MORE.

Share and speak up for justice, law & order...
Tags: cemeteryevilmurderNewsshooting