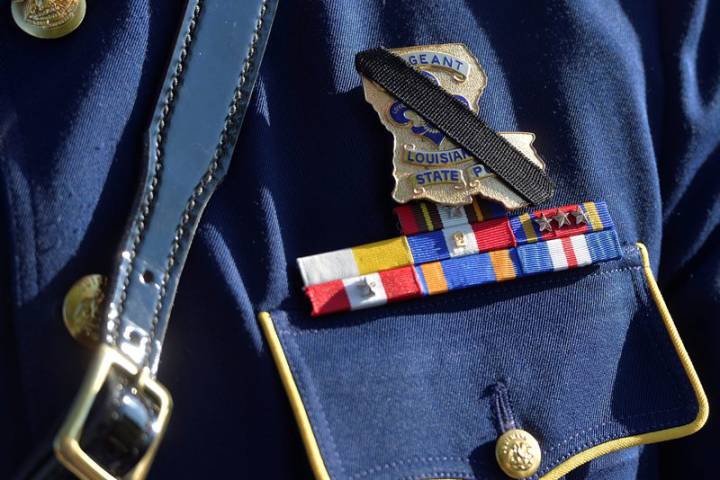 by William Gage
in Editorial, Leadership
279 6
0

So it has come to this.  Somewhere, both of my grandfathers are turning over in the graves.  I can hear one of my grandfathers asking me now, “So let me get this straight.  You had to pass a law that makes it a worse crime to attack a cop. I thought it was given to respect the police,”  I am talking about a recently passed law in Louisiana, HB 953.  Similar laws are being debated in several others states, and by the U.S. Congress.  The Louisiana law has been dubbed “The Blue Lives Matter Bill,” by politicians and the media.   The law passed via a unanimous vote by the Louisiana legislature and makes public safety workers a protected class under hate crimes laws, and attacks on them will carry enhanced penalties.  I am not going to argue support for the new law.   Maybe the law is needed, and maybe it is not.  Those arguments are best made in another venue.  But I do want to draw attention to how the media continually gets this story wrong.  Here’s how.

We can go back further to January 15, 2015 to another misleading headline from the HuffPo: “Police Work Isn’t as Dangerous as You May Think.”   Late last year,  the left leaning American Enterprise Institute, or AEI, released an article titled “Is there really a ‘war on cops’? The data show that 2015 will likely be one of the safest years in history for police”.

Even Tavis Smiley from CNN and USA Today chimed in on June 5, 2016: “ Blue Lives Matter. But should cops be given hate crime protections?.  In it he says, “ FBI data show that last year was one of the safest for police in more than a decade.”

So what did the above authors use for the conclusions?  Did they ride around with police officers from various jurisdictions to get a good sense of what it is really like to be police officer in 2016?  Did they respond to calls for service, and get a sense of what it is like to respond to an Unknown Situation: Woman Screaming for Help, or to an Aggravated Domestic call?

A lot of the UCR and its reporting requirements and rules are a mystery to me.  Officers who have received a call from their records division saying that the Credit Card Larceny you responded to last week and reported as a 23 was actually a Credit Card Fraud, and should be reported as 26B, know what I am talking about!

Or the email from records saying you forgot to check the Cargo Theft box on that Domestic Assault report.  What does a Cargo Theft have to do with a Domestic Assault?  It happens to me frequently.   “Just fix the report!  I know it doesn’t makes any sense, ” my Sgt says to me all the time.  An explanation of the complexity and sometimes hilarious rules of the UCR are best left to another venue.  But relevant to this discussion is the LEOKA part of the UCR.

LEOKA, or Law Enforcement Officers Killed or Assaulted is a portion of the UCR that complies statistics related to how many Police Officers are killed or wounded every year in job related incidents.  I see the LEOKA box every time I write a police report, and every time I see it I say a little prayer that no one ever has to click the LEOKA box for me.

Members of the media used the LEOKA portion of the UCR to argue that law enforcement is safer now than it has ever been.  According to the UCR, 41 Police Officers lost their lives in the line of duty in 2015.  This was a decrease from 51 in 2014.  The media took these numbers and made a hasty generalization.  A hasty generalization is a statistical term and is commonly defined as  making a hasty conclusion without considering all of the variables (X is true for A, X is true for B, therefore X is true for C).

I am clearly not a statistician, and my close friends and family know how bad I am with math.  But I do remember a few things from my required college statistics classes. I knew the mistake the media was making as soon as I began reading these stories. Somewhere my college statistics professor is smiling.

But we clearly all know that drunk driving is still a problem, and more could be done.  There is an officer on my department that averages one DUI arrest a shift.  So impaired and intoxicated drivers are still on the roadways and it is still a problem.  The above DUI statistics only tell part of the story.  No one can sensibly say that DUI and alcohol impaired driving is not a problem anymore simply because less people are dying on our roadways due to intoxicated drivers.

So why would members of the media use the LEOKA statistic to say that policing is not dangerous anymore?  I wish I knew the answer. Some would say that it is because members of the media lean left and traditionally are not pro-police.  Others might say they are pushing an agenda.  Maybe that is true to some degree but I won’t go there.

I would argue that policing is still as dangerous as ever.  And I think most cops would agree.  It is true that America has seen a downward trend of violent crime over the past decade or so, and the number of officers killed has declined too.    There have been arguments and counter-arguments as to why.  Some say it was President Clinton’s and the Republican lead Congress’s 1994 crime bill that put extra police offices on the street.   Others gives different reasons.  I say it is probably a combination of several factors.

But here is what I do know.  Officers are still killed in the line of duty in this country.  It is still a dangerous job.  Just ask the fellow officers, friends and families of Ashley Guindon, Zachary Larnerd, or any of the 46 police officers killed this year in the line of duty.  Ask them if it is still a dangerous job.  I think we all know that answer to that question.

William Gage is an experienced and award winning law enforcement professional that recently returned to local law enforcement with the Leesburg VA Police Department, after a 12 year career as a Special Agent with the United States Secret Service. During his 12 years with the Secret Service, he was the recipient of numerous awards for investigative and protective excellence. He has participated in hundreds of protective missions, and has done numerous foreign and domestic foreign protective advances for the President, Vice-President, and others. These included protective missions to hostile areas such as Iraq, and Afghanistan. William also served as the Lead Tactical Advance Agent for numerous National Special Security Events (NSSEs), and served as a Team Leader on the elite Counter Assault Team (CAT) focusing on active shooter response, threat mitigation and planning at the White House and other U.S. Government functions and facilities. Prior to joining the Secret Service, William was a Police Officer in Leesburg, Virginia where he received awards for exceptional performance. During his time as a Police Officer has as served as a SWAT Officer, and Bike Officer. He returned to local law enforcement in 2013, and returned to the Leesburg Police Department and currently works Patrol. William also works as an active shooter and security consultant with several companies, including PSIG, BLR, and Willis. He has given numerous public presentations about active shooter awareness, training and preparation and has appeared on various other media outlets including CNN and CSPAN. He also helps businesses with continuity of operations planning and logistics. He has written for several law enforcement and security journals, to include Law Officer, Police One, Tactical Solutions Magazine, and others. He holds a B.A. from the Virginia Military Institute, and an M.A. from Boston University.
Tags: editorial