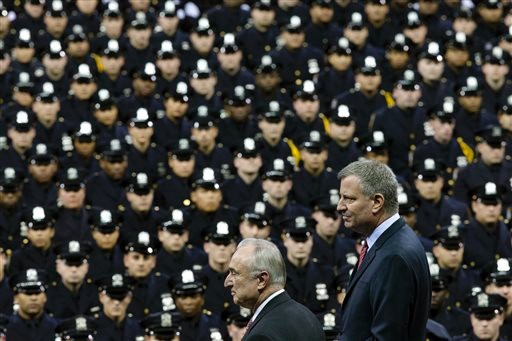 The news comes after members of the Atlanta Police Department called reportedly called in sick after the district attorney announced several criminal charges on the officers involved in the Rayshard Brooks case. The murder charge carries the death penalty.

Reports indicate that up to 50% of the officers are missing from work tonight.

NYPD officers are reportedly circulating calls to give some of the demonstrators what they want — a world without cops.

The New York Post reported on Thursday that at least two flyers were making the rounds electronically and are encouraging cops to come down with the blue flu on Independence Day.

“NYPD cops will strike on July 4th to let the city have their independence without cops,” reads one of the messages, being passed around via text.

The Post cited “unnamed and uncharacterized” sources that the flyers are “retribution for a perceived anti-cop climate.” 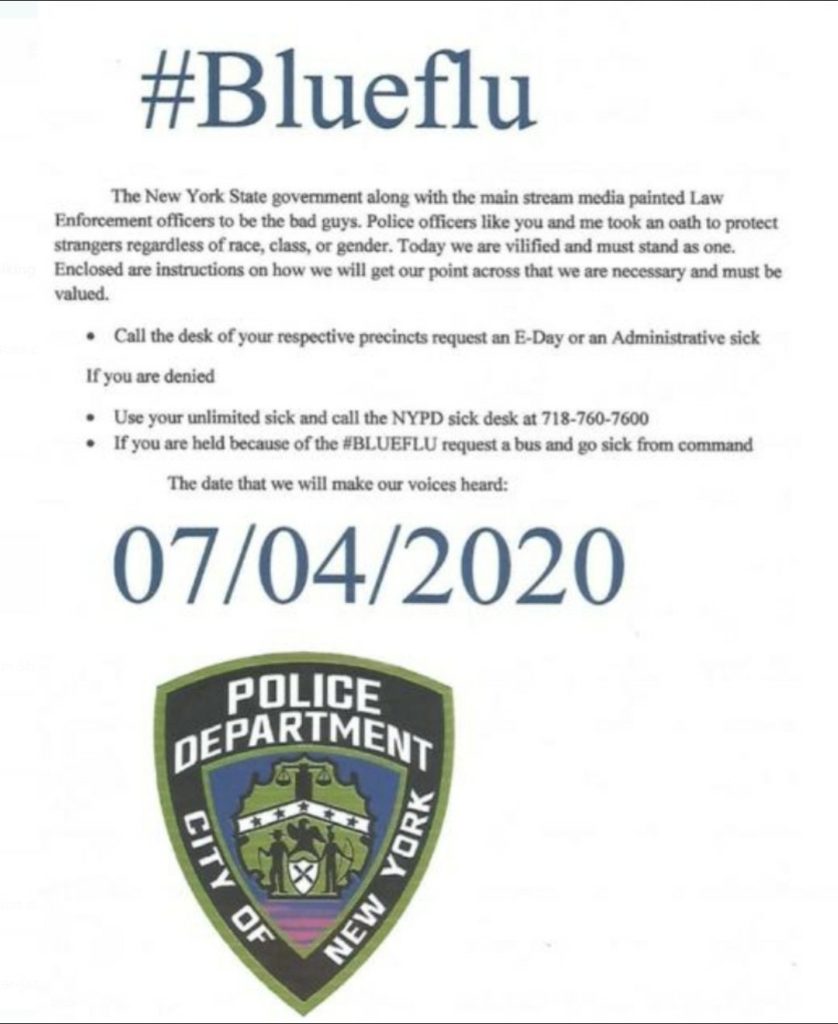 “Police officers like you and me took an oath to protect strangers regardless of race, class or gender. Today we are vilified and must stand as one,” says one message.

The message tells members to call their precinct for a sick day; if denied, then call the main NYPD sick desk; and if denied again, report for duty and then request an ambulance to go home sick.

PBA President Patrick Lynch said the “blue flu” has been a joke for generations, but “the situation we are in right now is no joke” and NYC cops “have reached the breaking point.”

“Over the past few weeks, we have been attacked in the streets, demonized in the media and denigrated by practically every politician in this city,” Lynch said.

“Now we are facing the possibility of being arrested any time we go out to do our job.”

The NYPD responded that police will be at work on July 4, as always.

In addition to NYPD, online support is growing for all officers to turn July 4th into the “Blue Flu.”

NYPD cops abandoning their job was documented decades ago when from January 14th through January 19th, 85 percent of the city’s police officers went on strike.

The strike was about wages, with officers arguing that they were owed $100 a month for the preceding 27 months under a contract provision setting their pay at a ratio to that of sergeants.

They never received the money and there is no mention in the archives at what affect the strike had on crime.

Law Enforcement is unable to strike today but one thing is sure…..the stakes are much higher than 1971. $100 a month seems to pale in comparison to the issues in 2020.