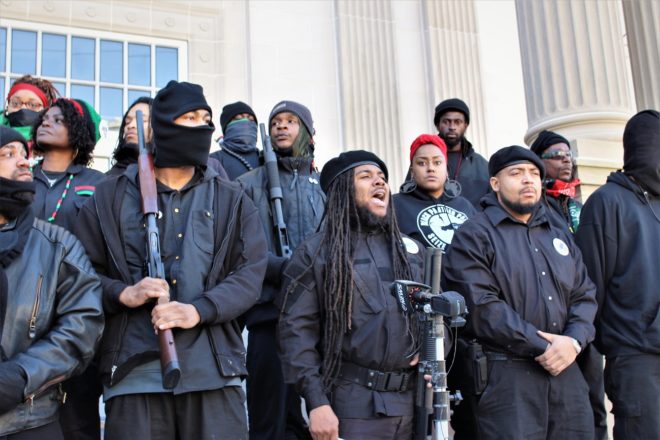 Black Panthers Complain After Police Disarm Them At Rally

Black Panthers Complain After Police Disarm Them At Rally

The Revolutionary Black Panther Party pledged legal action Sunday against local officials for their response to a planned armed march at a news conference interrupted when law enforcement officers arrived to remove their weapons.

Tensions heightened when some party members noticed officers with the Wilmington Police Department, dressed in tactical gear, aiming weapons toward the group.

Members of the party were in violation of a local county ordinance prohibiting the display of firearms and possession of concealed handguns on courthouse property, as well as a state law that prohibits wearing masks at meetings or demonstrations, according to a New Hanover County Sheriff’s Office news release.

Sheriff’s deputies then picked up the weapons, two revolvers, five semi-automatic pistols and three shotguns, and began unloading them before taking them to be inventoried. All of the weapons were loaded and some had bullets in the chamber.