"What exactly are you going to do when you get to the vehicle?" 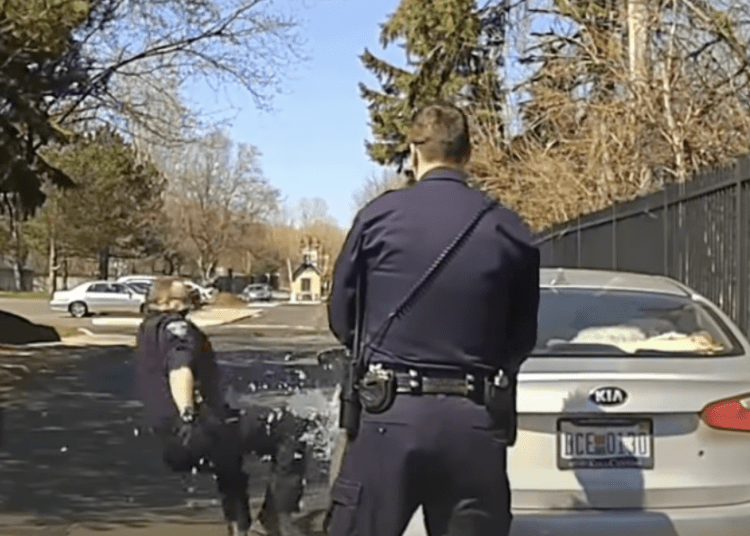 When is it a good time to rush up to a suspect vehicle?

The most obvious, and maybe only scenario would be a hostage rescue. This is by in large not the situations where the average patrol officer is rushing a vehicle. Getting closer to the problem is a disastrous idea when time is on your side and in most cases it is. Most polices even prohibit officers from rushing suspect vehicles, but this does not stop officers from doing it.

Aside from what seems like the obvious safety concern, what exactly are you going to do when you get to the vehicle? What you see is officers struggling to get inside, placing themselves near a possible mobile vehicle threat, holding a gun and one hand and attempting to do something else with the other, standing at a tinted windshield they can’t see in to, and attempting to break the vehicles window with their firearm.

On Nov. 5th 2018 a Montgomery County officer used his pistol to break the window of a suspect vehicle. The officers pistol fired one round striking that person. The suspect survived and the officer was not criminally charged. Although this negligent discharge likely came from striking and having his finger on the trigger, firearms have been known to discharge simply by blunt force to the firearm.

On what terms do you define success? Desired outcomes in the officer’s mind does not always equal what some might call (especially with higher levels of command) successful outcomes. Having to engage a suspect in a vehicle because you placed yourself in a position to become the victim of a vehicle threat might also have legal implications. Aside from the legal aspect which could take years to remedy, being hit, or run over by a vehicle will likely have lifetime implications.

What will you do when you get to the vehicle?

The probability is extremely high that you had no plan before you decided to move closer. You are likely standing at a vehicle you cannot get into and potentially cannot see in either. Officers are shot and killed repeatedly while standing at a suspect’s vehicle. When you approach with no plan what are the results you are expecting?

Traditionally patrol officers have no trained planned way of handling this problem. When SWAT teams approach a suspect vehicle they have a plan, breaching tools, and training along with roles and responsibilities. They understand how to use their tools affectively and in such a manner as to not delay the objective of the approach.

When you get to the vehicle what is it you are expecting to happen? Will the person who has already demonstrated his disregard for your safety and the publics suddenly comply? Maybe, and that is what is known as “complacency.” Complacency lives on expectations that you have built from previous encounters. Complacency is where you die. Distance is your friend and your enemy. Farther usually means safer and the closer you get the riskier these encounters can be.

Put as much of your vehicle between you and the problem as possible. Establish a position of domination and give the suspect verbal commands to surrender. Gather other assets you may need i.e., a shield, set a perimeter if necessary and begin to develop a plan with clearly established roles and responsibilities. Do not rush to your death. When an officer is shot trying to open the door or break the window of a suspect vehicle, what do you think the critique would be? They would say “the officer shouldn’t have rushed the vehicle.”

New police training, tactics, and policy seems to always be developed after an officer is seriously hurt or killed. Officers must be forward thinkers. Tactics have evolved and will continue to evolve. The ability to identify and correct deficiencies before a traumatic or deadly encounter could be the difference between life or death. It is far more likely that the determining factor of whether you live, or die, will be based on the decisions you make. Never get to close to the problem to fast, with no legitimate, articulable, or justifiable reason.

Brad Frederick is an Infantry Marine Combat Veteran and active law enforcement officer of seven years in large metropolitan city. Brad served as a patrol officer before transitioning to a tactical team. Brad is also the CEO and lead instructor of “Kinetic Concepts LLC” which is a tactical and firearms training group located in Houston, Texas.