'Police are needed where fathers and law and order are absent' 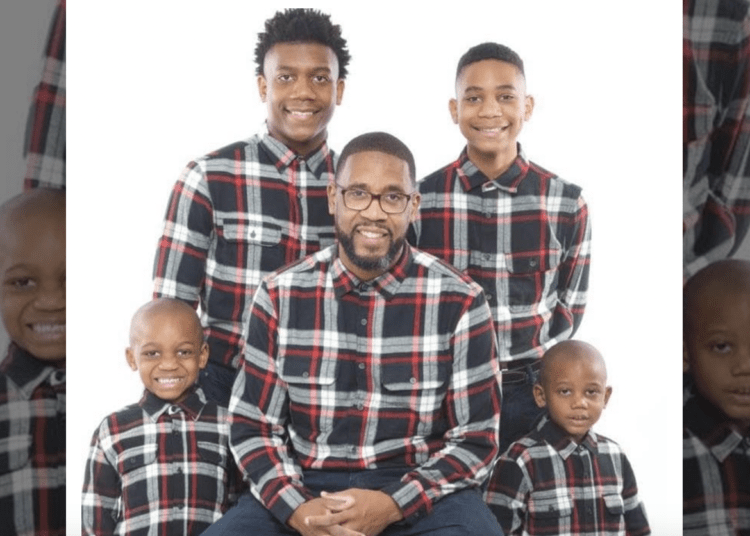 In the wake of LeBron James and many NBA players speaking up against their perceptions of “systemic racism” and police abuse against Blacks, there has been a lot of talk about the fears of Black men in America. James made a statement last week, sharing his fear as a Black father, that Black people in America “are terrified.”

The man, Patrick D. Hampton, also a Trump supporter, posted a letter on his Facebook page and advises James to “stop blaming the police and help build better fathers.”

The full letter as printed in Patriot Post is below:

In your latest celebrity race-bait hate remarks objecting to the actions of police attempting to arrest “that gentleman” Jacob Blake for aggravated sexual assault, shooting him after he fought them and brandished a deadly weapon, you declared, “Black men, Black women, Black kids, we are terrified.”

LeBron, you don’t speak for me and my boys.

Where there is no father or authority in the home or neighborhood, young men rebel. This is why police are having a hard time gaining compliance with fatherless boys on the side of the road. They refuse to sit down, be quiet, and comply. Why? Because the police are the first men to tell them NO and assert their authority. These boys have spent their lifetime under no man’s authority. A failure to recognize and respect authority is a primary causal factor in the violence besieging our urban areas.

You don’t speak for me and my boys. We are not terrified of the police because we respect the police and accept their authority. That’s because my boys first had to respect me as their father and accept my authority. Actually, one of them wants to be a police officer. You, LeBron, are trying to destroy that dream by painting police officers in a negative light when most are good guys.

In fact, what should terrify “Black men, Black women, Black kids” are the black men that kill each other in their black neighborhoods every day. We are afraid of the black men that threaten us for desiring to live a peaceful, lawful, and successful life. We are aware of the fact that almost 90% of all black homicides are committed by black men.

You focus on the handful of white-on-black officer-involved shootings but ignore the epidemic of black-on-black murders, rapes, and violent assaults, choosing instead to adopt the Marxist BLM mantra about condemning police.

Remember, there are millions of black and brown boys out here that are not being killed by police. They are alive and doing quite well because they acknowledge authority.

With all due respect,

“I’m black. I’m not scared. I’m not terrified. Neither is LeBron James. He’s lying,” Whitlock wrote. “He and the political activists controlling him want black people to immerse themselves in fear. Fear is a tool used to control people. If you comply with police instructions, there is virtually no chance of an American citizen being harmed by police.”

Continuing, Whitlock commented, “Is James intentionally being used as an agent of chaos? His logic is consistent with the logic of white bigots. James uses occasional anecdotes to make sweeping negative generalizations about white police officers.”