Biden's remarks read like a false alibi for criminals 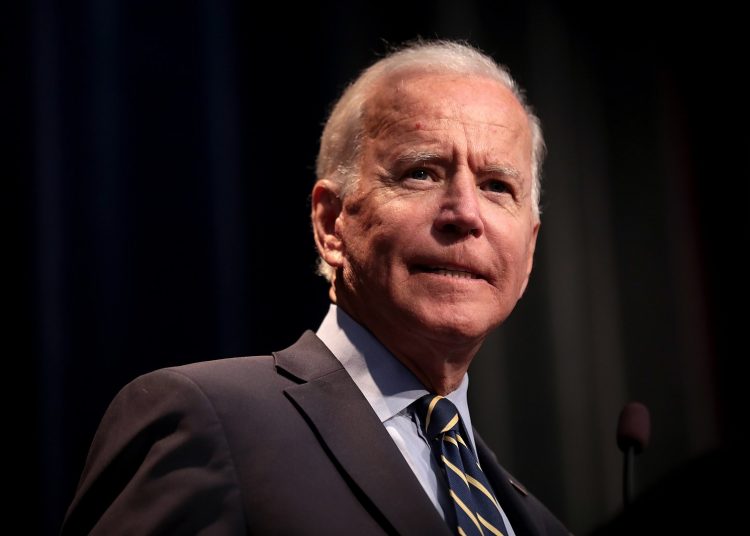 Washington D.C. — Instead of honoring law enforcement professionals during Police Week, Biden issued a statement that reads like a slap-in-the-face to police officers everywhere in America. His feeble-minded attempt to pass blame for skyrocketing violence across America also reads like a false alibi for criminals who are comitting the violence in “Black and brown communities.”

While Biden attempted to honor the 362 law enforcement officers killed in the line off duty in 2020—an all-time record of police deaths— he coincidentally blamed law enforcement for fueling “distrust” in minority communities in his confused “Police Week” proclamation.

Granted, Biden’s statement did express “gratitude for the selfless public servants who wear the badge.” However, while he touted healing America during his campaign, Biden clearly resorted to pointing blame at the police in a lengthy paragraph about the “distrust”—which despite all of the rampany, skyrocketing violent crime rates in America—Biden claims police have created.

In order to rebuild that trust, our State, local, and Federal Government and law enforcement agencies must protect constitutional rights, ensure accountability for misconduct, and embrace policing that reflects community values and ensures community safety.  These approaches benefit those who wear the badge and those who count on their protection.

Let’s be clear: Biden’s statement is a slap in the face to every cop in America.

And while law enforcement professionals have became accustomed to the blame and shame aimed towards law enforcement by former President Obama, Biden’s steady flow of slights and insults makes his democratic predecessor look like a badge bunny.

Former President Obama made references to improving police relations with their communities in his 2015 and 2016 statement, while insisting upon some “special kind of courage” it took to be a police officer.

Biden however, has excelled in offering insulting words and utterly disrespectful timing.

Clearly, Biden seems unconcerned. Why else would he ignore those officers who were brutally murdered in 2020—the ones who made the ultimate sacrifice for the sake of others, including those who died serving in the very communities that Biden claims “distrust” officers.

While Biden talks about the “profound fear, trauma, pain, and exhaustion for many Black and brown Americans” and claims to have some already overdue plan to “rebuilt trust” in communities, we have a few suggestions…

Stop disrespecting law enforcement—and tell your woke-minded media allies to do the same.

And if you want to play the blame game, instead of making insults, and talking about “distrust”—try talking about actual crime data.

Try talking about how blacks are victimized—by other blacks—at alarming rates.