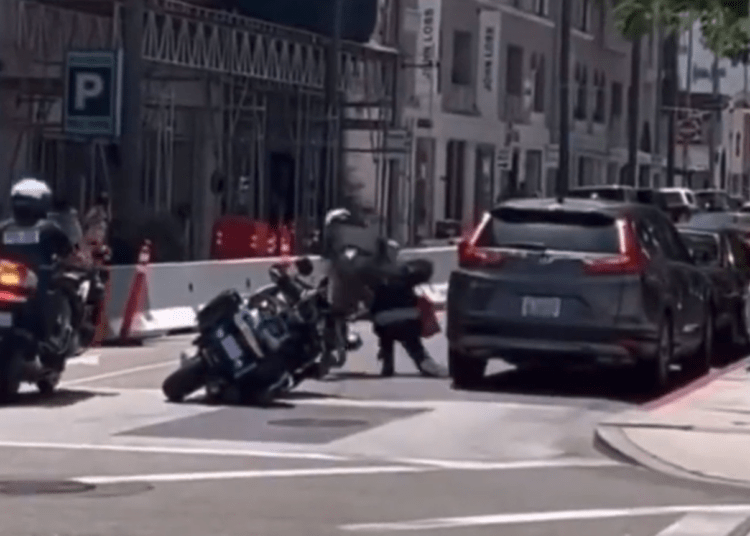 A Beverly Hills motor officer is committed to catching a suspect. (Twitter @LiliBosse1)

BEVERLY HILLS, Calif. – A Beverly Hills motor officer dropped his bike in order to catch a suspect who was attempting to run from authorities Wednesday afternoon, a video posted on social media showed.

In the video, the officer riding down the city’s luxurious Rodeo Drive dismounts his motorcycle and chases after the bad guy who attempts to evade him while carrying a large pink bag, Fox News reported.

The foot chase is short-lived as the officer snags the suspect within seconds, grabbing him by the shoulders and pulling him to the ground.

A moment later a second motor officer arrives to assist with the take down.

Law enforcement authorities did not specify the nature of the arrest, but said they are still investigating the incident.

California has been ripe for smash and grab crimes and weak prosecutors have been largely to blame in Los Angeles and San Francisco. The mayor made reference to this in her tweet with “#recallgascon” and “@DAGasconRecal.”