Mayor Steve Adler has failed to invest in goodwill with police, and napping during an officer's memorial service didn't do anything to help his sullied reputation. 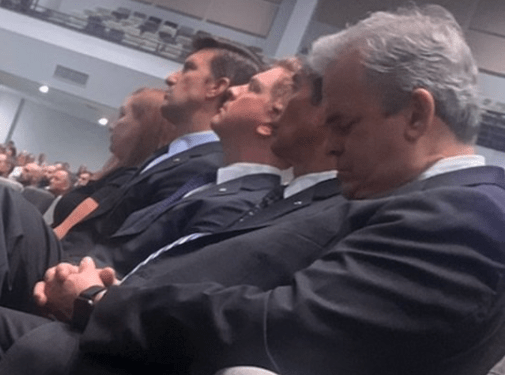 AUSTIN, Texas – Austin Mayor Steve Adler has had a contentious relationship with the city’s police department during his nearly eight years in office. Picking on the city’s officers will make a person tired, as the mayor disrespectfully demonstrated during an officer’s funeral on Monday.

Adler appeared to be napping during the funeral service of Austin Police Officer Anthony “Tony” Martin who was killed in a collision while driving home at 5:56 a.m. on Sept. 23, FOX 7 Austin reported. He had just finished working the night shift when a vehicle turned in front of him at an intersection in Liberty Hill. The collision remains under investigation by the Texas Department of Public Safety.

The mayor has never invested in goodwill with the police profession, so law enforcement advocates are sounding off after his daytime snooze caught the attention of several in attendance. 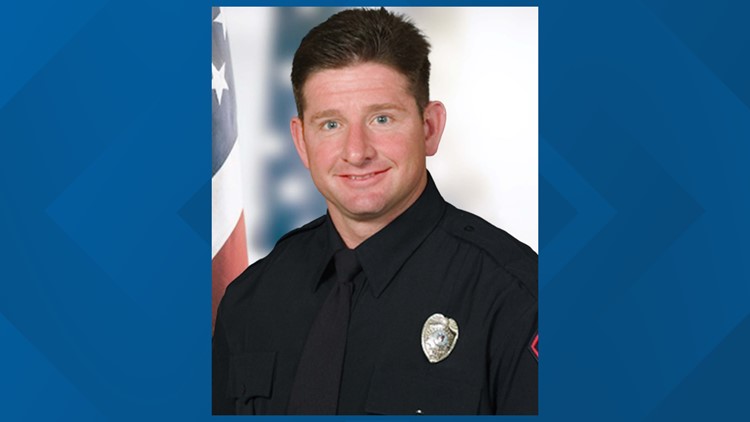 Justin Berry is a senior officer with the Austin Police Department and a member of the Texas Commission on Law Enforcement. He thought he noticed Adler nodding off during the service, then received a photo of the mayor asleep afterwards, which confirmed his observations.

“It’s very disheartening to have the Mayor of the City of Austin – who was one of the ones that spearheaded all the defunding of Austin Police Department by a third of our budget, who voted to take away officers’ pay stipends back in 2017, which had a huge financial impact on our families – to continue to go down a pathway that just shows nothing but the utmost disrespect and contempt,” Berry told Fox News Digital.

If you're going to defund and destroy a police department as their mayor then attend a highly respected officer's funeral, perhaps do not continue to disrespect that officer's family, friends, and other officers by falling asleep. pic.twitter.com/YDZglVzyIM

Austin slashed about a third of its police budget in August 2020 at the height of the movement to defund the police. Some of it was restored a year later due to a law passed by the Texas legislature.

“I want to express my deepest apologies to the family of Officer Martin. Officer Martin died 10 days ago and will forever be honored as a hero. This moment should be about him and his family, including his two daughters whose words today pierced my heart as a father,” Adler told Fox News Digital in a statement.

“I hold Officer Martin in the highest regard. May his memory be a blessing to his family, and to the city he served.”

Under Adler’s watch, police academy classes have been canceled or delayed, while a record number of sworn officers have departed from the agency for other opportunities.

Officer Martin joined APD in 2006 after serving 20 years in the United States Air Force. He leaves behind his parents, wife, three children, and one granddaughter.

“I have endless memories that I hold in my heart, but sadly that’s all I have now,” his daughter, Ashley, said at the funeral on Monday. “My dad was always my hero, my protector, and my inspiration. He was my fearless leader. No matter how scary the path was, I knew I could follow him.”

“Cabo-California Dreaming during a hero’s funeral. After DEfunding the police department, destroying the public’s safety, the Reimagineer in Chief shows his contempt for officers working extra shifts, risking their lives to protect their community. The worst ATX Mayor of all time,” Wilkison wrote on Twitter.

Cabo-California Dreaming during a hero’s funeral. After DEfunding the police department, destroying the public’s safety, the Reimagineer in Chief shows his contempt for officers working extra shifts, risking their lives to protect their community. The worst ATX Mayor of all time pic.twitter.com/zq1pd7lyCA