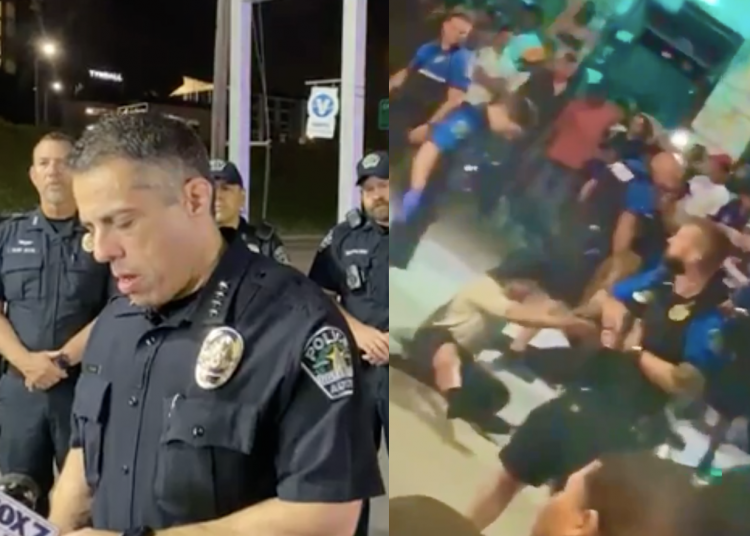 AUSTIN, Texas — Hysteria was present in the Texas capitol as a mass shooting erupted in an entertainment district in downtown Austin early Saturday morning. Police report two people are in critical condition with 13 overall injured.

The incident unfolded around 1:30 a.m. along 6th Street, a popular area filled with bars and restaurants. The street is often barricaded to prevent vehicle traffic during peak hours of operation, and that was the case when the shooting occurred, according to interim Austin Police Chief Joseph Chacon, Fox News reported.

“Our officers responded very quickly,” Chacon said. “They were able to immediately begin life-saving measures for many of these patients, including applications of tourniquets; applications of chest seals and other types of first aid equipment.”

According to law enforcement authorities, it remains unclear what sparked the gunfire.

Chacon described the lone suspect as a thin build black male wearing a black shirt, and “dreadlock-type” hair – but told reporters early Saturday morning that the description isn’t very detailed “based on the chaotic nature of the incident.” Police continue searching for the man, KXAN reported.

⚠️🇺🇸#URGENT: Several streets in downtown Austin closed following a mass shooting event#Austin l #TX
Police report multiple victims inside and outside the restaurant. CPR now in progress for at least one victim. @ATXScan is monitoring this event.
Standby for additional updates! pic.twitter.com/PDEWtbjE1o

Detectives are poring through surveillance footage to help piece together the crime. Moreover, Chacon said the FBI’s Joint Terrorism Task Force has been notified.

Chacon said his officers rushed six patients to the hospital in their patrol vehicles due to the chaotic nature of the scene, where it was hard to contain the crowd and get ambulances to those who were injured. Austin-Travis County EMS paramedics ended up taking four. Three were transported in personal vehicles, according to KXAN.

“It was pretty surreal,” witness David Frost said. “You couldn’t even fathom something like that would happen outside.”

Another witness, Matt Perlstein said there was a large police presence all night since there were so may people in the area when the chaos erupted.

“We were in line to a get into a bar on Sixth Street,” Perlstein said. “Everything was totally fine. We just heard like nine — a bunch — of gunshots going off. Everyone got on the ground. We couldn’t even comprehend what was going on at the time.”

Authorities are asking anyone with information about the shooting to call (512) 472-TIPS.