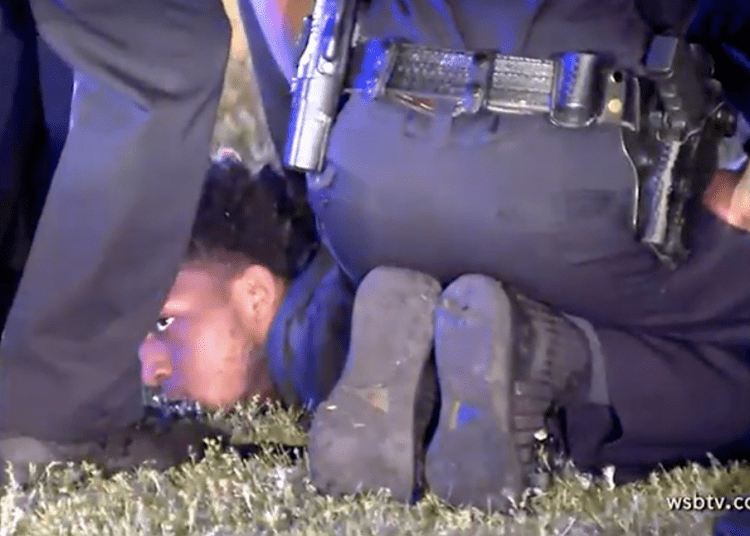 ATLANTA — A local television news crew spotted an Arizona murder suspect near the Atlanta airport and flagged down police, resulting in the man being taken back into custody after a daylong search, according to reports.

The reporter and photojournalist with WSB-TV said they saw Jsaan Carlos Strover, 20, as they were driving down a road near Hartsfield-Jackson Atlanta International Airport around 11:15 p.m. Thursday, according to their news organization. They knew police had been searching for the suspect all day.

Reporter Matt Johnson said he and photojournalist Joe Booker were in their live truck when Strover ran by and into some bushes. Johnson said police were nearby, so they flagged down an officer and then started filming as the suspect was arrested, WSB-TV reported.

Strover was wanted for murder, attempted murder and aggravated assault in Arizona. He was arrested by U.S. Marshals in the Atlanta area on April 12 on other charges, but was already wanted in Arizona, according to Fox News.

He had gotten away from two Maricopa County, Arizona, deputies while they were dropping off a rental car at the airport earlier in the day.

Fulton County, Georgia, Sheriff Patrick Labat told reporters Strover had run away after deputies unshackled his legs so he could walk down stairs.

“They removed the leg restraints to escort him down the steps and at that point he pushed past them,” Labat said.

Dozens of officers from multiple agencies had searched for Strover with K9s and air assets Thursday. However, it wasn’t until the news crew spotted him that he was returned to custody.