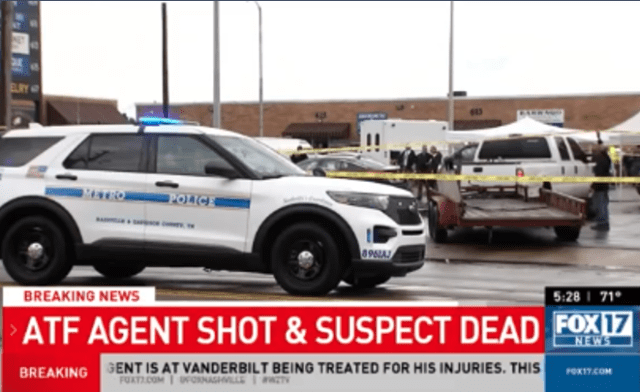 NASHVILLE, Tenn. — An ATF agent has been seriously wounded and a suspect is dead after a shooting Tuesday afternoon, according to a report.

The ATF agent was trying to make an arrest related to a narcotic investigation. The deceased suspect has been identified as Corey Daniel Wellman.

The shooting occurred Tuesday about 2:15 p.m. in the 600 block of Murfreesboro Pike, across from Metro Police headquarters, WZTV reported.

Metro Nashville Police Department (MNPD) spokesperson Don Aaron said the federal agent was trying to bring a man into custody in connection with a drug investigation when shots were fired.

The unnamed agent suffered serious, unspecified injuries and is being treated at Vanderbilt University Medical Center.

Wellman, 40, has an extensive history of narcotic violations, MNPD confirmed. No further details were immediately available.

The FBI is spearheading the investigation with the assistance of MNPD, Tennessee Highway Patrol, and the Tennessee Bureau of Investigation.