The gunman reportedly took his own life 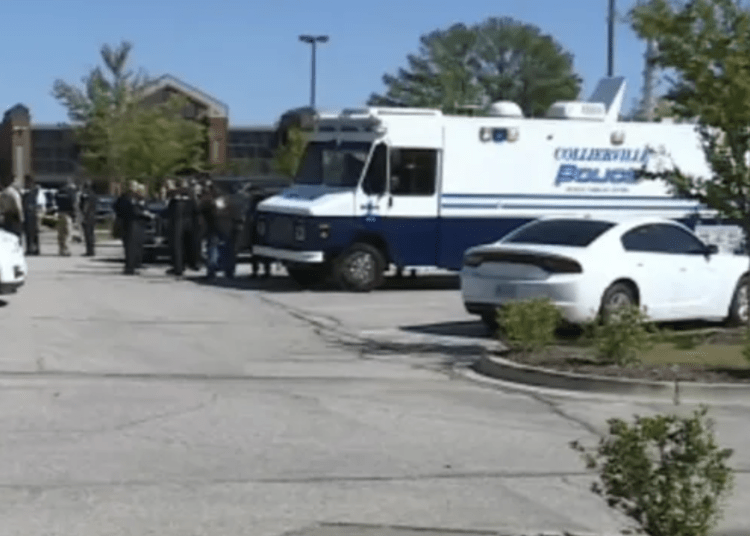 A gunman reportedly shot a dozen people at a Tennessee Kroger before taking his own life. (Screenshot Fox News)

COLLIERVILLE, Tenn. — At least a dozen people have reportedly suffered gunshot wounds at a Kroger grocery store in Tennessee. One of the victims did not survive, according to reports.

The gunfire erupted at 240 New Byhalia Road in Collierville, Tennessee on Thursday afternoon. The mass shooter is reportedly dead in what is believed to be a self-inflicted gunshot wound, police said. His identity has not yet been disclosed, Fox News reported.

Chief Dale Lane of the Collierville Police Department said officers and a SWAT team entered the grocery store going aisle to aisle to rescue employees – some of whom were hiding in the freezer.

“I’ve been involved in this for 34 years and I’ve never seen a scene like this,” Lane said, as he categorized it “the most horrific event in Collierville history.”

Lane confirmed that an image circulating on social media of someone on the roof was actually a Kroger employee.

The wounded victims have been transferred to area hospitals.

The local high school was temporarily locked down as the news spread of the shooting and multiple law enforcement agencies responded to the scene, including the Memphis Police Department who helped secure the perimeter.

Shelby County Sheriff’s deputies as well as federal agents from the FBI and ATF were also on scene to assist with the investigation.