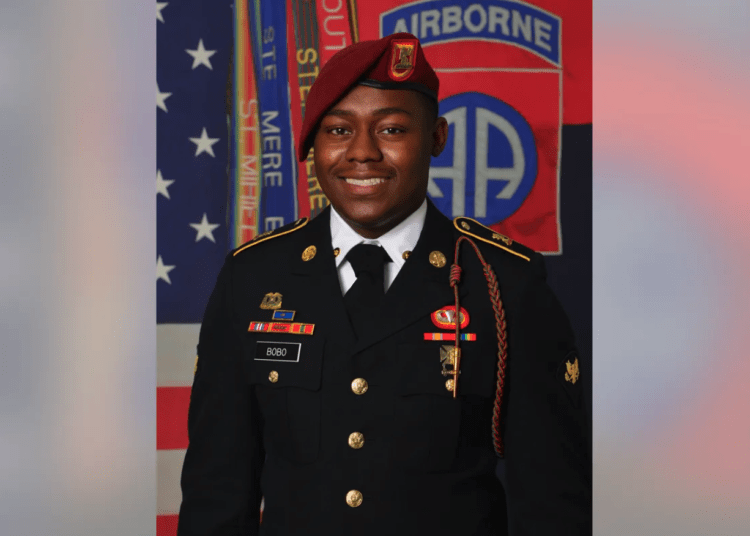 Bobo, 22, was stationed at nearby Fort Bragg. He was discovered by police at the Enclave at Pamalee Square apartments suffering from multiple gunshot wounds around 11:00 p.m. on Tuesday and pronounced dead at the scene, according to The Fayetteville Observer.

Law enforcement officials said Bobo’s vehicle was taken afterward. Investigators do not believe it was a random shooting, although further details were not immediately available.

Bobo was originally from Cordova, Tennessee. He joined the Army in 2019 and had been stationed at Fort Bragg since 2019. He leaves behind his wife, daughter, and parents, Fox News reported.

The Fayetteville Police Department and the Army Criminal Investigation Command are investigating the homicide.