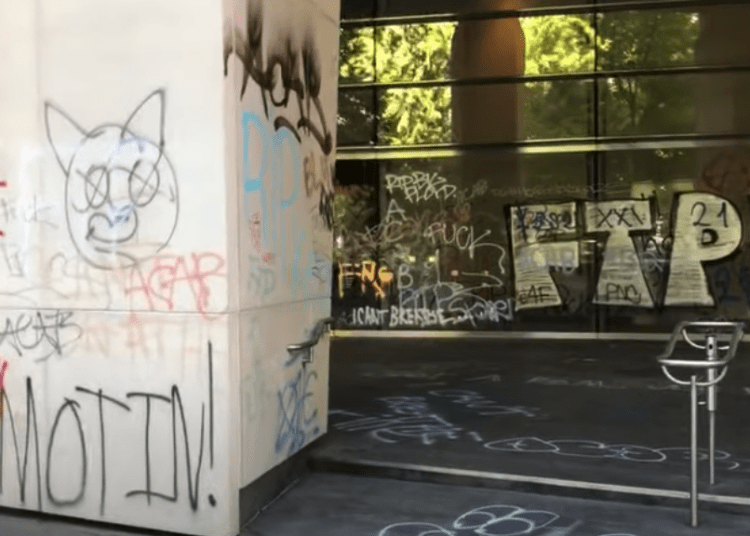 PORTLAND, Ore. — The U.S. Attorney for the District of Oregon estimated the cost of repairing damage to federal buildings in Portland caused by Antifa at more than $2 million. The estimate follows months of rioting, mostly centered around the federal courthouse. This estimate does not include any damage to state, county, and/or city building, or damage to private property and businesses.

Antifa also attacked the Democratic Party headquarters in Portland on numerous occasions. In at least one Antifa-led protest, demonstrators carried a sign saying, “We are Ungovernable” and “We don’t want Biden – we want revenge,” Law Officer reported.