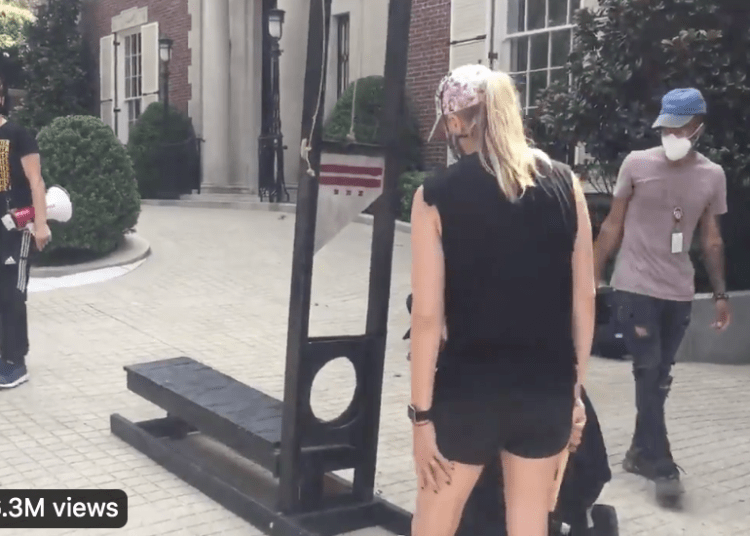 Amazon workers staged a protest on Thursday over their wages, as CEO Jeff Bezos’ astounding net worth was revealed this week to exceed $200 billion.

Footage posted to Twitter by the Washington Examiner on Thursday shows people who are reportedly Amazon protestors, setting up a makeshift guillotine outside of Bezos’ home in Washington.

Protesters assembled outside of @JeffBezos's DC home have constructed a guillotine. pic.twitter.com/pDFcTg81K9

The Congress of Essential Workers had planned a march on Bezos’ property on Thursday, with a number of requests including hazard pay, personal protective equipment and a $30 minimum starting wage for all hourly associates, according to the Examiner.

According to Bloomberg’s Billionaire’s Index, Bezos is the first person to have wealth recorded in excess of $200 billion.

In October 2018, Amazon raised its minimum wage to $15 per hour for all employees.

Amazon did not immediately return FOX Business’ request for comment about the protest.