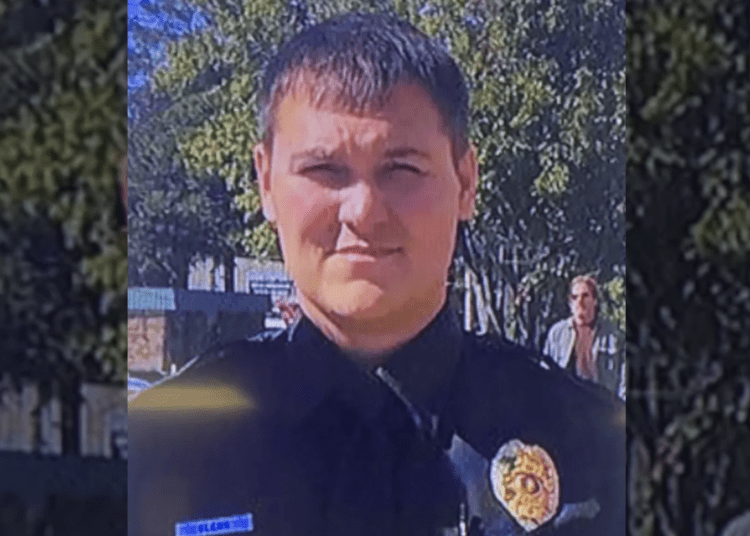 WARRIOR, Ala. — A detective with the Warrior Police Department in Alabama was shot multiple times while investigating a narcotics case Thursday night, according to reports.

Chief Scott Praytor said the detective was conscious when he arrived at UAB’s emergency room and was listed in stable condition, AL.com reported.

Det. Lee Glenn was identified by the department early Friday as the wounded officer, according to the news outlet.

Glenn, 33, is assigned to the narcotics unit and has been with the department for approximately five years.

According to Praytor, the detective was in the preliminary stages of the investigation when he noticed a subject walking in the street toward the car that he occupied. Glenn exited his vehicle and the subject started to run, the chief said.

Glenn instructed the suspect to stop when he suddenly turned and opened fire on the detective, hitting him multiple times in the chest.

Glen returned fire but the suspect was not hit. The detective was in plainclothes but identified himself as police, according to WBRC.

The wounded detective was transported to UAB by Warrior Fire and was escorted by multiple police vehicles.

“Our main priority was getting him to the hospital,’’ the chief said, “and you can image how chaotic that was.”

Officers from allied agencies in Jefferson and Blount counties responded to Warrior as soon at the shooting was reported.

The unidentified suspect is in custody of the Alabama Law Enforcement Agency’s State Bureau of Investigation, which will lead the probe, Praytor said.

It was unclear how or when he was captured.

“Right now some of our investigators are going through what the officer had and his belongings to see what actually happened,’’ Praytor said.

After a period of time, the chief was able to speak with Glenn at the hospital.

“He was stable and he was looking better than when he was transported so that’s goods news,’’ Praytor said. “I would ask that everybody pray for this officer. He’s a good officer. He was out there doing a good job.”