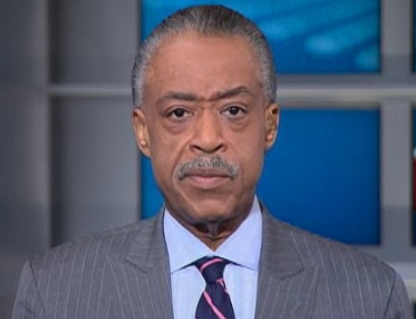 The New York Daily News reports that the officer who killed an unarmed black man in Tulsa isn’t the only one who should face charges, according to Rev. Al Sharpton, who has referred to white people as “crackers”, Hasidic Jews as “diamond merchants” and gay men as “homos”.

Addressing the death of 40-year-old Terence Crutcher, Sharpton blasted cops who were overheard saying the father of four looked like a “bad dude” before he was fatally shot by Officer Betty Shelby.

“One of the things I want to raise Tuesday in Tulsa is what about the other police that were at the scene?” an incredulous Sharpton asked at his National Action Network’s Harlem headquarters. “What about the police in the helicopter? Do they face criminal or disciplinary action?”

Shelby was charged Thursday with manslaughter after shooting Crutcher once in the chest.

Sharpton is scheduled to visit Tulsa on Tuesday.