The Video Was Reviewed Prior To Charges Being Filed 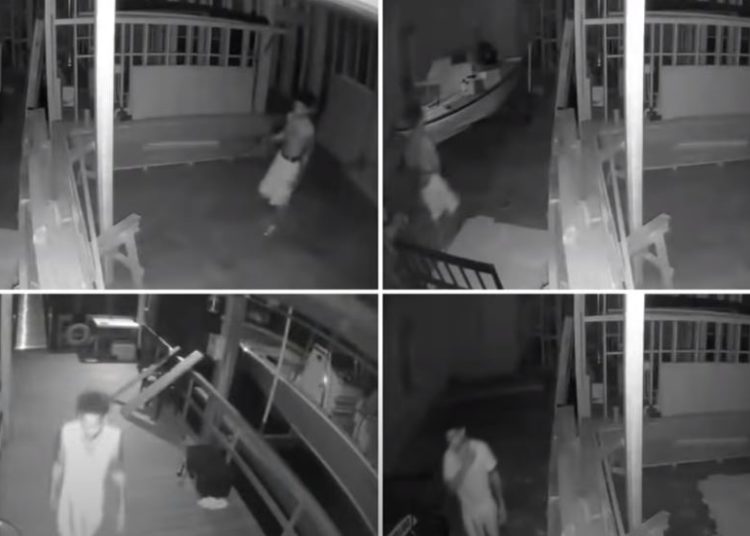 The property owner where Ahmaud Arbery entered and fled prior to being killed by citizens, has released numerous videos showing of what appears to be Arbery entering the property on multiple days going back to October 2019.

The Georgia Bureau of Investigation is in possession of the videos, that are not being widely reported by the mainstream media. It is important to note that Arbery’s mother has denied that her son was in the videos and the GBI have not commented on an identity.

As additional facts come out, the context is certainly vastly different than the original story of a “black man killed for jogging in a neighborhood.”

And as our legal experts have said, while there certainly may be a conviction in court, the crime of first degree murder is going to be difficult to prove.

These are the facts that the jury will be presented with as we know them now.

Arbery entered the home just prior to the shooting, which prompted a 911 call.  He was walking in the neighborhood prior and ran out of the house after spending approximately three minutes inside.

Georgia Law allows for citizens to make a citizen arrest on a “suspicion of a felony” if the suspect is trying to escape (see Georgia Statute 17-460).

Open carry is legal in Georgia.

The shooting occurred after a violent encounter with Arbery and one of the citizens that was pursuing him.

The video depicts a struggle over a gun prior to the shots being fired.

With that said, we’ve heard just about everything other than those facts in recent days and we understand. This is a terrible and tragic event and one that should not have happened. It is also an event that the media has either lied about or given incomplete facts. This will never change and we must learn from this.

We will try to explain some of what we have heard.

Ultimately, this is a highly emotional case and we understand that but when it comes to the law and convictions, facts do matter.

Unfortunately, much of the emotion and opinion in this case has been caused by the media giving an inaccurate portrayal of the initial facts (just jogging in the neighborhood) and opinions were formed based on that. As additional information comes out, it’s only human nature to be very reluctant to change any stance or to be open to the new information.

The jury will not be approaching this case with those biases in mind. They will have more than a 20 second video and effort will be taken by the judge to ensure that their view has not been tainted by media reports. This case will be looked at with many more facts than we even know and that is why we have no idea what the end result will be.

It is our opinion that this case hinges on the final encounter with Travis McDaniel and Arbery. It is a self defense case and the jury will have to make the determination on whether it was self defense or homicide.

First degree murder will require the proof that it was pre-mediated. If the shots were fired as Arbery was running, prior to the violent encounter, this is likely the case and it’s a pretty easy thing to prove but from what we know, shots were not fired until after a violent encounter.

But considering this will fall into a self defense category, we see this as manslaughter or a lower form of homicide.

In a closing note, we have noticed something very strange about this case. As we and others have presented additional information, outrage comes that we are “justifying murder.” Indeed, it is strange to be accused of being a racist or justifying murder simply because we or others report facts. This phenomenon lies in unconscious bias of those making those comments. This case is not about black or white or one side or the other. It’s about the facts. If the facts show that race played a role than it did and if facts showed that murder was the crime than it did.

While we have reported more facts in a brief and clear fashion than any other media organization than we know, there will be much more information presented to a jury and we trust in their decision.

It is dishonest to take a limited amount of information feed by the media, which much has been debunked and attack others that choose to discuss facts.