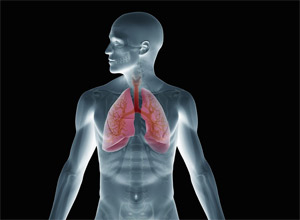 What if I told you your police academy could graduate officers who would drive much safer during vehicle pursuits or code-3 runs? They’d be far more effective when they arrived on scene after a code-3 response and far less likely to use excessive force at the end of an extended pursuit. Officers’ thinking and decision-making abilities would be enhanced, and the number of their responses based upon primitive emotions and adrenaline would decrease. Undoubtedly, this could save your department countless headaches, tons of paperwork and hours of litigation preparation. Further, what if I told you your academy trainers could accomplish this through only 5 minutes of academy training time daily for the duration of your department’s academy? Would you be interested? Of course you would. How do you do it? By reining in the adrenaline demon.

Adrenaline Overload
In a code-3 run or pursuit, an officer’s worst enemy is an adrenaline overload. The speed, siren and desire to apprehend can cause an officer’s adrenaline level to soar. Once the huge adrenaline dump occurs, things can go from bad to worse. Tunnel vision and/or target fixation can set in. Fine and complex motor skills diminish, and short-term memory (the creative/reasoning part of the brain) can essentially shut down, leaving an officer with nothing more than long-term memory and primal, emotional instincts to operate with.

The potential for an adrenaline overload during a pursuit is tremendous, particularly for younger, inexperienced officers. One study quoted on the Discovery Channel’s “High-Speed Pursuit” special states officers involved in extended pursuits achieve adrenaline levels that exceed those of soldiers engaged in combat.

I can confirm that study’s statement from personal experience. I had an extremely tough time trying to keep my adrenaline under check during pursuits. During my early years on the job, my voice would go up several octaves. My radio communications became unintelligible, tunnel vision took over and my reasoning and common sense went right out the window. I think back and thank God we had those underpowered 318 Grand Furys during the 1980s. Had I driven the LS-1s at that time, I probably would have died in one. 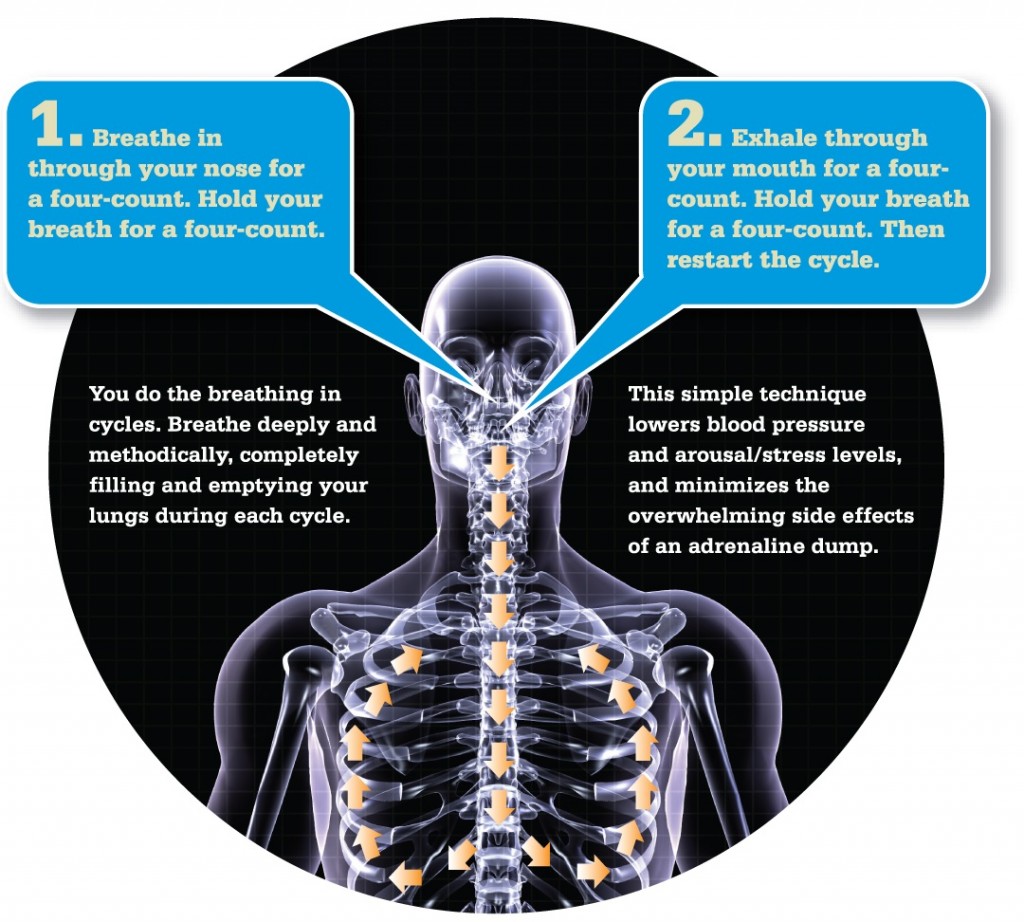 Combat Breathing
Quite frankly, during pursuits back then I was a threat to others and myself. I knew I had to get control of the adrenaline demon before I ended up in a tragedy. I also knew I was on my own and would have to find a solution myself. I had been a life-long martial artist and was quite adept at using controlled-breathing techniques for stress control while fighting. The breathing technique known as chi breathing, sanshin breathing, autogenic breathing and probably a dozen more also-known-as names has been recently touted in police training circles as combat breathing. (See PDF below)

Conditioned Response
Many progressive police training classes now teach this breathing exercise, but most don’t take it far enough to make it functional. In most cases, instructors teach this technique in the completely tranquil, sterile environment of a quiet classroom, which fails to give officers proper mental cues to trigger the breathing pattern subconsciously. Officers will need this technique most when their adrenaline and the moment overload their short-term memory with information vital to their survival.

We now know what technique our officers must learn, but how do we teach it so they remember to do it when they need it the most? Well, you probably can’t. Teach them to remember to do it, that is. To expect officers to consciously remember to use the breathing technique is neither realistic nor dependable. You can, however, make it a conditioned response to a specific stimulus.

Bruce Lee was once quoted, “Learn it until you forget it.” I believe he meant we should learn techniques so we can perform them without conscious thought. As he said in the movie “Enter the Dragon” while teaching a young apprentice, “Don’t think, feel.”

You want to make combat breathing a subconscious part of your officers’ tactical/survival arsenal. In other words, they learn it until they forget about it, but under the right stimulus, they will perform it to their advantage without even thinking about it. This is the ultimate level of performance training: the ability to perform without conscious thought.

While this sounds very complex, the training methodology is not, as long as your officers are at least as smart as your dumbest K-9. Think back to your basic science class and Pavlov’s dog. Russian scientist Pavlov performed experiments with what he called “conditioned response.” He would ring a bell right before feeding his dog. The dog learned to associate the bell with food and would salivate at the sound, even when no food was around. The scientist had programmed into the dog’s brain an involuntary, subconscious, physical response to a specific stimulus.

The modern-day version of a conditioned response, used widely in police and other training circles, is called stimulus-response. Call it what you want, but it all boils down to the Pavlovian concept. To apply this to police officers engaged in pursuit or code-3 driving and stress control, you must pre-introduce the stimulus to your officers, and then have them repeatedly practice the desired response.

The method is quite simple. Take a tape recording of a siren and play it for your cadets for five or 10 minutes a day at the end of every academy training day. While the siren plays, direct the cadets to practice the combat-breathing exercises detailed earlier. To enhance this, play videos of pursuits from in-car tapes as the siren wails. If you do this for the duration of your academy, when your cadets are on the street, they will start combat breathing subconsciously to the sound of a siren, thus helping them control their adrenaline surges before they occur.

Not Convinced?
I’m not a doctor, and I don’t play one on TV. However, Alexis Artwohl, PhD, one of America’s most respected police psychologists, had this to say about this training concept: “Police officers should be taught controlled breathing from day one in training to the point where it becomes so automatic they do it without thinking. They should be given the opportunity to practice it during stress-inducing reality-based training scenarios. If we don’t provide officers with this type of stress-inoculation training, we are not adequately preparing them to perform well in an actual situation.”

Dave Grossman, a former army Ranger and paratrooper who taught psychology at West Point and wrote the Pulitzer-Prize nominated book On Killing and the highly acclaimed police training tape “The Bullet-Proof Mind,” had this to say about the training concept: “I have been teaching the breathing exercise and its positive impact on performance during high-speed pursuits for years now, and I have been training it to military special-ops pilots for the same reason. All of these organizations have given me tremendous positive feedback. The idea of making it a conditioned reflex is brilliant. This is a true revolution in training, which addresses a major performance problem and brings us up to a new level of professionalism.”

Call me crazy, but I know how much this technique helped me, and I truly believe it can help improve law- enforcement safety forever.

Conclusion
Every police chief, police commissioner and police trainer should hang a copy of the old military poster that reads “Your mind is your primary weapon” in front of their desk. Or maybe a police-specific quote: “Your officers’ minds are their primary source of every positive and negative action they make.” This fact is such a simple concept we tend to overlook it. An officer’s brain is the little voice in their head that makes their body accomplish tremendous acts of bravery under unthinkable situations. However, it can also be the primal, instinctive voice commanding the use of excessive force under circumstances of extreme stress, adrenaline overload and emotional arousal, even from officers who would not think of such an act under normal conditions.

We owe it our officers to give them every tool possible, to enhance their performance and to help them keep their adrenaline demons under control. Here’s the tool; the rest is up to you.