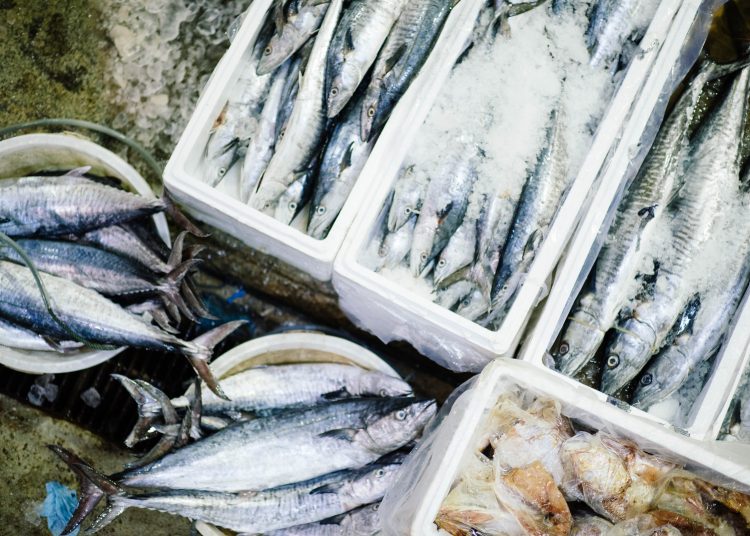 There was something fishy going on at 26th and Alabama St. Joking aside, this was one case that was easy to solve just by following your police instincts, especially your “nose” for the truth.

Because of the rotation plan that Inspectors Bureau Lieutenants Whiskey John and Dazzling Dan had in place, as soon as the Radio Dispatch phone rang, and one of these bosses got up to put the call-out assignment on the white board, the next listed team started getting briefcases and cover coats in place.

That was Laurel and me… “26th and Alabama- Armed Robbery with two victims and multiple suspects. Semi-truck involved.” Everything but the truck comment was pretty normal, so we headed out quickly without question because of number of people involved, and because Laurel and I both worked the Mission before and knew that corner all too well.

As normal, I did the driving, Laurel worked the three different radio channels and I dealt with the usual kamikaze traffic on Army street. Turning onto Alabama, I saw a larger than normal gaggle of red and blue police emergency lights encircling a refrigerated semi-truck.

An ambulance was actively loading a tall Pendleton-shirted man into the back of their rig, while a shorter lady in a matching outfit talked to the senior uniformed officer at the scene.

At the back of the 46-foot behemoth was two-wide-doors open, and there was a trail of big white boxes and shards of melting ice everywhere.

Crime Scene photography being a “hobby” of mine, I started snapping photos with the issued Department Polaroid, while my partner ambled over to the Paramedic van.

The Driver and his Co-driver (wife) were trucking from Seattle Washington to deliver some refrigerated food to the huge distribution center in the Flats of the Potrero.

Being new to this route they had turned west at the very confusing Army street off ramp, instead of turning east. I could understand the problem, firmly believing that E.M. Escher was the architect of that intersection.

Realizing something was awry, Mr. Seattle made the next right turn onto Alabama, and then again at 26th St.  His attempts to make a U-turn had taken his whale of a truck into the dead-end Army Street Housing Projects North Parking lot.

To put it into context; Police response to this area was always a lead-responder and two-back up cars. Fire Department and ambulance calls always meant at least one two-person cop car was sent for safety.

As the depth of the mistake began to dawn on the truckers, an attempt to back out of the claustrophobic tangle of parked cars was carefully attempted.

But not carefully enough, apparently…

At night, without streetlights (that were routinely shot out by the local drug cartels), the freighter box brushed against one of the wrecks dumped catty-wampus along the narrow street.

The second mistake that evening occurred when the good citizen Mr. Seattle got out to see what he hit.

He got about 30 feet towards the end of his truck when “somebody wearing all black hit him over the head with a two-by-four.” His co-driver Ethel got out of the truck, and with her legal (and Washington State-registered) .38 revolver fired two warning shots into the air. She too was then clobbered by parties un-seen and had her gun stolen.

Even at 3:30 AM in the dark morning hours, it took less time than it takes to write this sentence for a flash mob to explode and start looting the truck.

By the time the truck crew staggered the two blocks to an all-night gas station at South Van Ness and Army St to report the incident, half the cargo had been stolen.

Ants at a picnic should be so efficient.

It took the tow truck about 45 minutes to extricate the food freighter, and while we took only a few thrown bottles and rocks from the gaggle of local residents, the maneuver went more or less un-remarkable.

I had the load manifest in hand, and figured out that the loss here was about $32,000 in FROZEN SALMON, very large frozen salmon.

I was also pretty sure that trying to locate the stolen gun was more than futile, but Laurel put it in the weapons registry nonetheless.

Having been in the food service business before, I knew from (bad) experience that frozen fish of the size reported stolen could be tricky to deal with.

Two days later, I was proven to be more than correct. The average housing-project refrigerator was no match and far too small for any fish that size. Unless the thieves were willing to completely empty beer from their ice boxes (doubtful in the extreme), then the now rapidly thawing white boxes full of sockeye and chinook would be fragrantly leaking liquids all over, no matter where they were hidden.

With an evil smile in place, I hoped that they had been sequestered under beds, in closets, and other warm places.

While my brain was stuck in the “Evil Dave Mode” I came up with what might pass for a plan:

I printed up (2) flyers on official SFPD letterhead. The first one mentioned that ANYONE caught with the frozen fish would be immediately subject to arrest for PC 496 (possession of stolen property)

The second one advertised that anyone who “found” Mrs. Seattle’s missing gun could turn it in, no questions asked, with a cash reward forthcoming.

I had the Housing police supervisor, an old running mate of mine from the Mission, post these flyers ALL over the crime scene area, and put them into mailboxes.

I also told him that anyone who got stopped with frozen fish should be jacked-up and ID’d with the strong implication that they were now on a search warrant list to be served “in a few days.”

Part three of this plan had the SF Health Department remove all of the huge green dumpsters at that location because of an imminent “Public Health Hazard.”

Naturally, all of the local convenience stores were notified that anyone receiving suspect frozen goods could have their very valuable liquor licenses seized.

The three-squeeze plan was therefore:

The Housing cops, never a shy group of aggressive urban warriors, used the pretense of smelling rotten fish to raid a few very visible locations, and to therefor scare the fish-thieves into wondering where they would hit next.

Almost one week after the theft, a “concerned but wanting to remain anonymous citizen” surrendered the missing revolver. The when-can-I get-the-reward negotiations began almost immediately.

To solve the bigger problem, a brief series of phone calls to the local California Department of Transportation (Cal Trans) office had a big sign saying “Food Mart Next Exit” put in place to prevent another nocturnal mishap.

In keeping with police humor, Laurel and I had an award given to us for our fragrant, yet excellent work. The award envelopes contained coupons for a Fillet of Fish diner at the local Jack-in-the Box franchise.