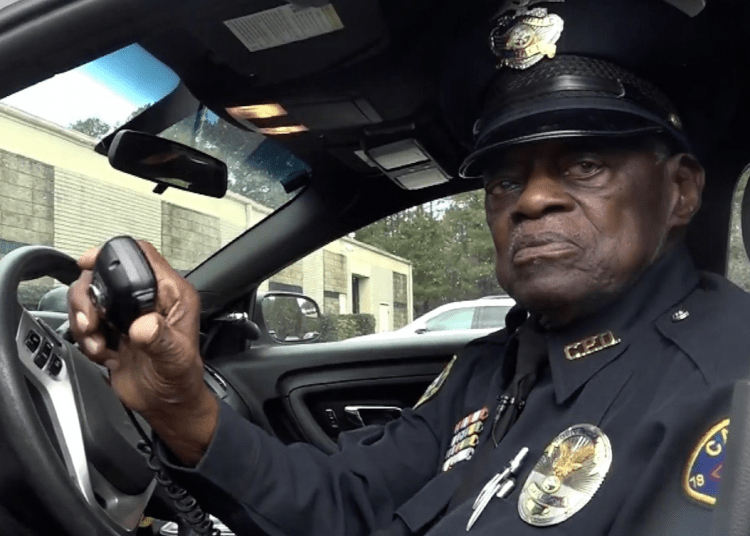 CAMDEN, Arkansas — A police officer in Arkansas has spent most of his adult life working in law enforcement. Yet even at the age of 91, he has no plans to retire from serving the community he loves. Officer L.C. “Buckshot” Smith was born and raised in his small town of Camden, Arkansas, located about 100 miles south of Little Rock. He works for the local Camden Police Department, serving a community he’s called home for decades according to Fox 6.

His nickname “Buckshot” was given to him as a teenager and has stuck ever since. And for more than 40 years, “Buckshot” served as a deputy with the Ouachita County Sheriff’s Department, also located in Camden. In 2010, he retired after 46 years and eight months of service.

After five months of retirement, Smith was back on the beat after Camden PD recruited him.

He serves as the department’s bailiff and also helps with the community watch program: doing everything from traffic stops to patrolling school zones, to escorting funerals and parades.

Smith’s quick remarks speak volumes about the truth of police leadership: “The gun and the badge don’t make a good police officer. You got to want to do it, and love people and care for folks.”

And despite his years of experience in policing, or perhaps because of it, Buckshot didn’t offer any clues about when he planned to finally retire, explaining how he planned to “let the Good Lord make that charge.”

Police officer killed in murder-suicide, according to police