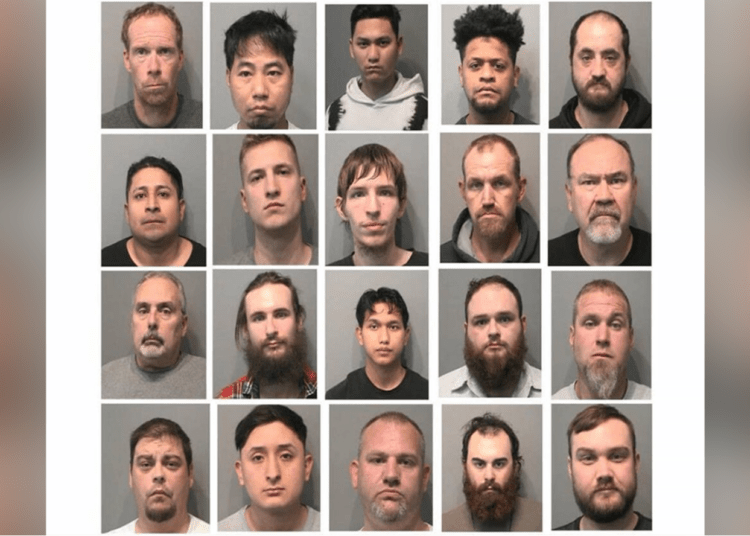 JOHNSON COUNTY, Ind. – Law enforcement investigators in Indiana collared 20 suspects during a child sex sting operation that was conducted over the course of several days.

The combined forces of the Johnson County Sheriff’s Office and the Franklin Police Department conducted the investigation, which occurred between Tuesday and Thursday this week. During the sting operation, investigators created fictitious profiles of minors and agreed to meet the suspects at a specified location, where the individual perpetrators believed they would be engaging in a sexual encounter with an underage child, Fox News reported.

“During the course of this operation we dealt with many different people and situations,” the agencies said in a press release. “The conversations that are had prior to the suspects arriving at the target location are very troubling. The requests that are made to the Investigators posing as underage children are also very troubling and disturbing.”

Some of the men traveled from other states for what they believed was going to be a sexual encounter with a minor, while others asked the perceived minor child to travel for the illicit tryst. The suspects arrived at pre-determined locations with a variety of items, including alcohol, drugs and firearms, authorities said.

“We will never know the true extent or impact these investigations have on the safety of our children,” the press release emphasized. “Knowingly meeting with a minor and wanting to take that minor away from their home travel miles away scares all of us. Will we ever truly know what the suspect’s true intentions were?”