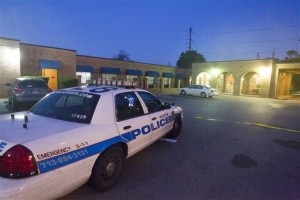 A day after 126 Houston police officers filed paperwork to retire, some are concerned to see so many leave at once.

“To see that much experience leaving is a sad situation,” said Officer Ray Hunt, the president of the Houston Police Union. “Clearly, anytime you’re 800 to 1,500 officers short, that’s where we are now, anytime you have an uptick in the number of people leaving it’s going to have an effect.”

The departures have drastically increased since the Mayor announced pension reforms.

The details of the pension reforms are limited at the time of this writing but required contributions have increased and the rate of returns have decreased.

Houston’s new police chief has said public safety will not be impacted and has vowed to authorize more overtime and expand police recruitment efforts.

But some people say finding enough people qualified and willing to do the job won’t be easy.

Most of the officers retiring have been with the department for more than 30 years.

HPD plans to add an extra cadet class to help make up the difference.