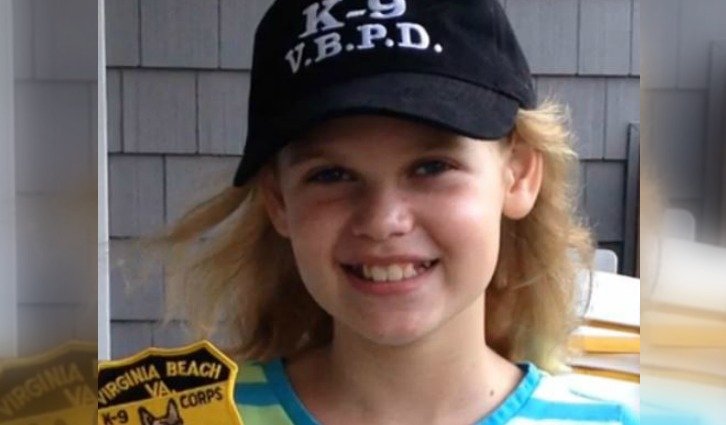 Instead of a birthday party, 10-year-old Alexis Mattingly wanted to raise funds to buy a ballistic vest for a Virginia Beach Police Department K-9 officer.

According to a WTVR news report, Alexis asked for donations instead of a party and gifts. And with help from her mom and her cousins, Alexis held bake and craft sales to raise $2,500 to buy a K-9 ballistic vest. She raised that amount—and $700 more, which was also donated to the Virginia Beach Police Department.

Alexis says she was inspired when she heard about how Anderson Cooper donated new K-9 vests following the death of K-9 Officer Krijger earlier this year.

Alexis said, “I just really liked what he was doing” and that “Dogs are awesome and I just wanted to help.”

VBPD Sergeant Chris Tull told WTKR that, “These have been tough times for police officers…” and that, “There’s been a lot of negativity that’s come out, so to see the community step forward and provide this support, really is heartening.”