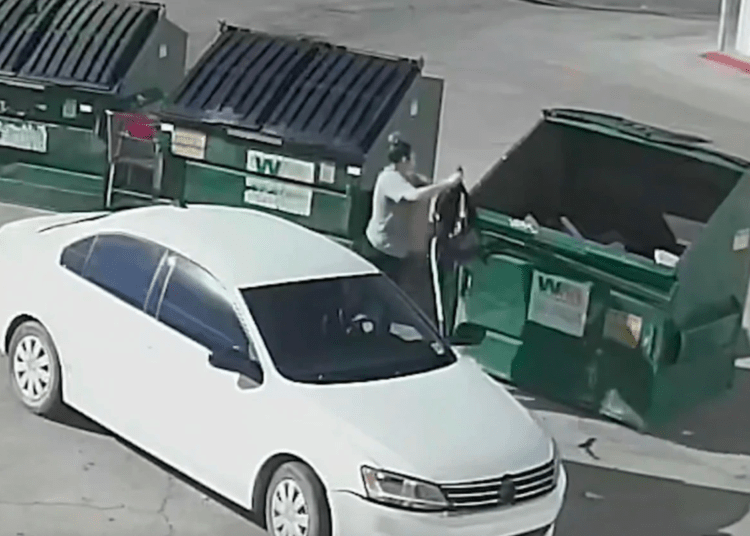 Alexis Avila is charged with attempted murder after discarding her newborn baby into a dumpster. (Screenshot KOB-TV)

HOBBS, N.M. – A young mother has been charged with attempted murder after she discarded her newborn baby into a dumpster in New Mexico over the weekend. The baby was found alive hours later and the woman confessed to the crime, according to police.

Stunning surveillance video captured a young woman, later identified as Alexis Avila, tossing her newborn baby into a dumpster at a business on North Thorp Street in the city of Hobbs. Miraculously, the infant was found alive hours later by three people sifting through the trash, KOB reported.

Video footage shows Avila, 18, arriving at the dumpster about 2 p.m. Friday. After pulling up to the container she retrieves the trash bag containing the newborn from the back seat of her car. She proceeds to discard the baby’s body in the bin like she’s taking out the trash. 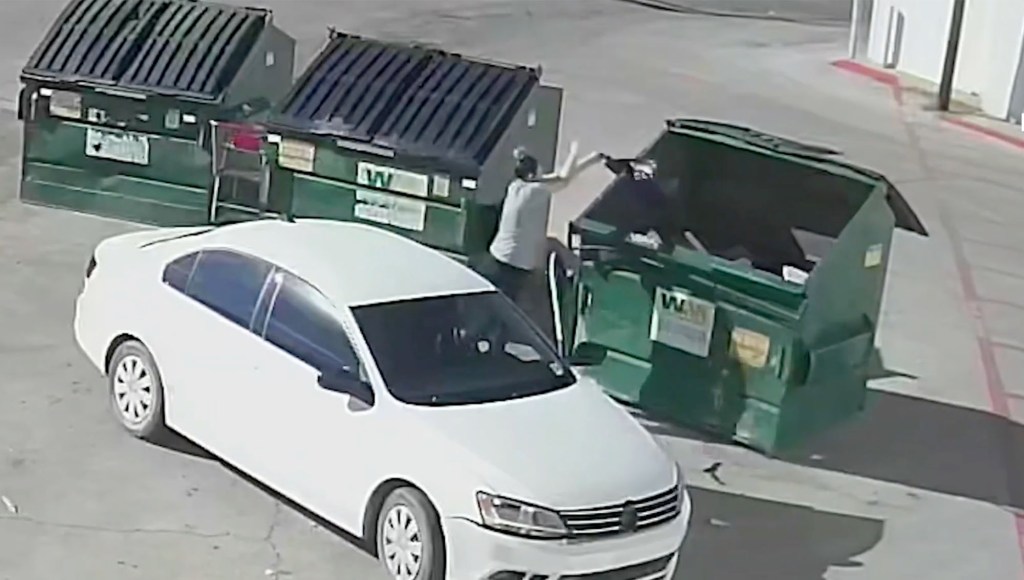 Six hours later, three people rummaging through the dumpster were seen removing the bag, looking inside and discovering the baby.

The woman quickly wraps up the newborn and takes the baby to a truck as a man apparently calls authorities, according to KOB.

“Upon arrival, officers rendered aid to the newborn child and the baby was transported to a local hospital by Hobbs EMS. The child was subsequently transported to a Lubbock Hospital for further pediatric treatment,” police said in a statement. 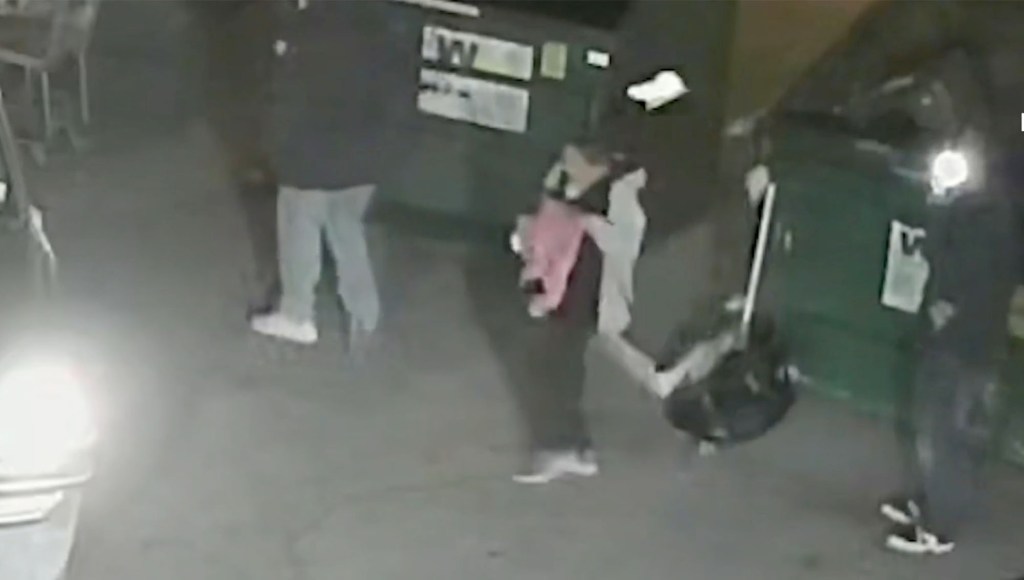 The woman who found the infant wrapped him and took care of him until police arrived. (Screenshot KOB-TV)

After a medical examination and treatment, the baby is listed in stable condition, according to authorities.

Investigators were able to retrieve surveillance footage of the incident, which ultimately led them to Avila. She reportedly confessed to giving birth to the baby and throwing the newborn into the dumpster, police said.

Joe Imbriale is the store owner that had video surveillance, which facilitated the criminal investigation. The encounter has shaken him.

“Something wasn’t right. I saw the officers’ faces and they did not look right. They really didn’t,” Imbriale told KOB.

“I said, ‘What is it we are looking for?’ and she goes, ‘We’re looking for somebody who dumped a black garbage bag in your dumpster.’ I turned around, I said, ‘Please don’t tell me it was a baby,’” Imbriale said.

“I was in shock just to see this,” he added. “I can’t sleep at night just knowing that this baby was just tossed in a dumpster like that. I’m sorry but who does that? That is evil. I don’t have words for it.”

Avila is charged with attempted murder and scheduled for arraignment in Lea County District Court on Monday, the New York Post reported.