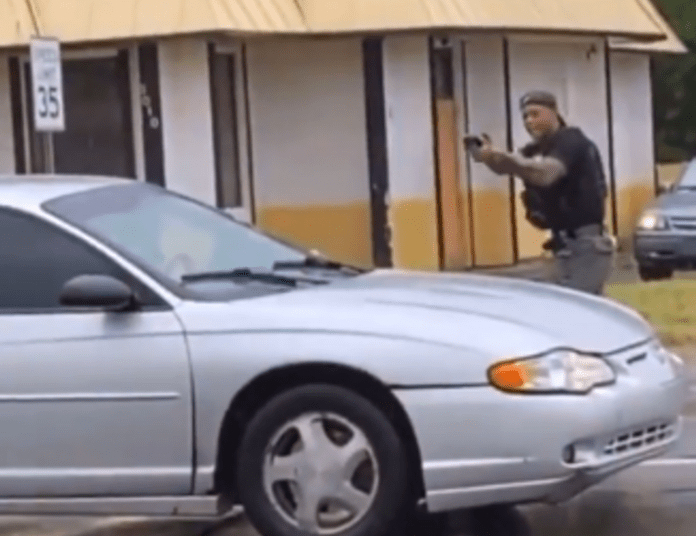 FLINT, Michigan — A Flint Police officer working at the Juneteenth parade on Saturday was ambushed with gunfire. The officer, who has not yet been identified, returned fire and killed the 19-year-old woman. The suspect allegedly fired at the officer who was working a traffic detail during the city’s Juneteenth Celebration Parade, the Michigan State Police said in a statement.

“Preliminary investigation indicates the officer, who was working a traffic point for the Juneteenth Celebration Parade, was fired upon by the lone occupant of a vehicle who drove up to him at the traffic point. Upon taking fire, the officer returned fire, striking the suspect,” state police said.

Witnesses in a nearby vehicle who captured video of the shooting appear to say that the driver fired the first shots. A video posted to Facebook describes a similar scene:

“This car pulled up shooting first !! From inside the car with the windows still up! Which is what caused the police to shoot her,” the person on Facebook alleged. “He didn’t shoot her for no reason he had his life and the parade to protect. Why shots was coming from inside the car is what I don’t know.”

Officer reacts after shooting the female suspect. Taking a life is not an emotionally simple task, even in cases like this, where you are protecting your own life or the life of another. pic.twitter.com/IjiEZyf3B8

Following the shooting, video shows the officer involved in the shooting fall to his knees with grief as he holds his hands to his face. Another officer attempts to console him, but he is so emotional that he slumps to the pavement. At one point, he is face-down on the wet road.

At the request of the Flint Police Department, the Michigan State Police are leading the investigation into the incident.