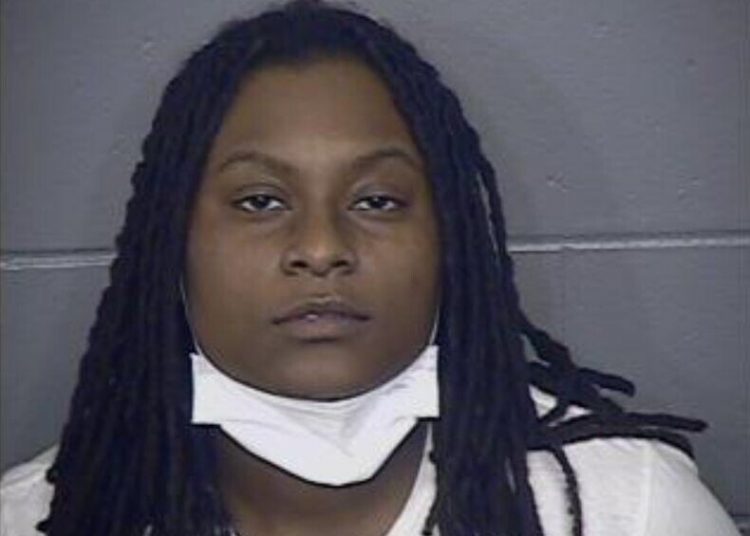 KANSAS CITY (MO) — A Kansas City woman is charged with second-degree murder after police say she tracked down the man suspected of killing her teenage brother last week and took actions that resulted in his death.

KMOV4 reports that Tityana Coppage, 21, sent a text to her dead brother afterward letting him know she had avenged him.

Coppage remains in the Jackson County jail on $200,000 bond.

In 2016, their family suffered another tragedy when their younger brother and cousin—Jayden Ugwuh and Montell Ross—were shot and killed while sleeping in their home. The boys who were 8 and 9 years old. That case remains unsolved.

Police used eyewitness accounts and surveillance video to track down the vehicle used in the shooting and speak with Coppage. Coppage admitted to having called the victim before the shooting and admitted to getting into an exchange of gunfire but said that was in self-defense, saying he shot her vehicle first according to a police probable cause affidavit.

Investigators reviewed Coppage’s cell phone and found texts she sent a contact named “Auntie”, asking for .45-caliber bullets and saying, “LOL I sued to many on bro.” She also sent a text to her dead brother saying, “Sent a [expletive] to my brother I owe em that body,” according to the affidavit.

Law Officer is the only major law enforcement publication and website owned and operated by law enforcement. This unique facet makes Law Officer much more than just a publishing company but is a true advocate for the profession.
Share and speak up for justice, law & order...
Tags: crimeinvestigationmissouriNewsshot