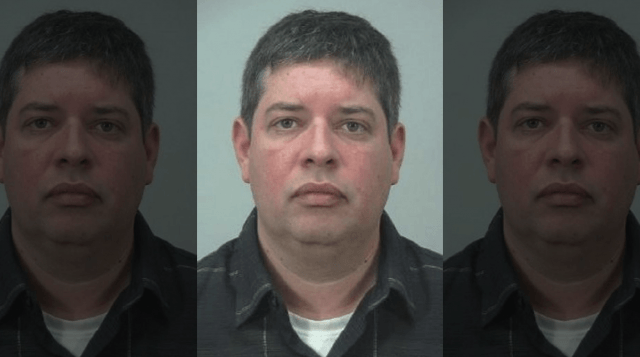 Christopher Kaphaem, 43, pleaded guilty Monday to 19 counts of abusing infants while working as a nurse at a Wisconsin hospital. (Dane County Sheriff's Office)

MADISON, Wis. – A former Wisconsin nurse pleaded guilty Monday to abusing or neglecting nine infants in a newborn intensive care unit, leaving them with an array of injuries including broken ribs and legs and a fractured skull.

Christopher Kaphaem, 44, pleaded guilty to all 19 felony counts against him. He faces up to 148 years in prison. He was expected to go to trial next month, reported The Wisconsin Journal.

Dr. Barbara Knox, medical director of the American Family Children’s Hospital Child Protection Program, testified at a hearing last year that one boy sustained 17 fractures or suspected fractures to his ribs and extremities, including the skull fracture.

Eight of the nine infants reportedly abused were born prematurely, as early as 27 weeks, The Wisconsin State Journal reported.

A criminal complaint offered no potential motive for the unconscionable abuse.

The father of one baby told investigators he had a “negative interaction” with Kaphaem after the father told the nurse his daughter’s bed was wet. The mother of another baby said Kaphaem “had made statements” to her husband about her son being fussy and crying.

Other nurses at Meriter said Kaphaem ignored patient alarms, closed the door when conducting care exams and did exams in dim light.

Meriter suspended Kaphaem, who had worked at the hospital for more than 14 years, on Feb. 8, 2018, and state regulators later suspended his license.

The hospital was cited in March of that year after federal inspectors found it didn’t respond appropriately to allegations of infant abuse in April 2017.

Meriter said it has installed video monitoring in NCIU patient rooms and has updated procedures for reporting abuse.