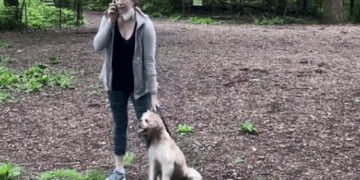 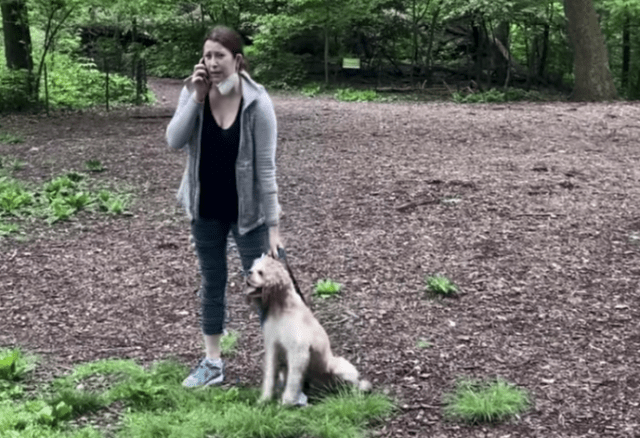 Amy Cooper called the police on Christian Cooper (no relation) after he asked her to put her dog on a leash in Central Park. (Facebook)

NEW YORK – A black man says he asked a white woman in Central Park to put her dog on a leash. As a result, she decided to call the police and greatly misrepresent the encounter. Her response was widely viewed as outlandish. Ultimately, it cost the woman her job.

Video shows the woman calling police and telling emergency operators that the man was threatening her and her dog. The woman, who has been identified as Amy Cooper, has since apologized.

The encounter took place on Monday between Amy Cooper and the man who said he was bird watching. He was later identified as Christian Cooper. (They are not related.) It started when Christian Cooper said he asked the woman to put her dog on a leash, NPR reported.

Christian Cooper recorded part of their encounter. It has since been viewed hundreds of thousands of times on social media.

The Ramble is a wooded area of Central Park where dogs are required to be leashed. According to Christian Cooper, he started recording after asking her to leash her dog.

The woman is seen in the video approaching the man, holding the dog’s leash in one hand and pulling her dog by the collar with her other hand.

“Please don’t come close to me,” he says, appearing not move closer to her or retreat from her advancement.

As she approaches she tells him that she is going to take a picture of him and call police if he didn’t stop recording her.

“I’m going to tell them there’s an African American man threatening my life,” she responds.

After video of the encounter was posted to social media, she said her behavior was “unacceptable.”

In comments to CNN as the video spread widely, Amy Cooper said she wanted to “publicly apologize to everyone.”

“I’m not a racist. I did not mean to harm that man in any way,” she said, adding that she also didn’t mean any harm to the African American community.

Nevertheless, by Tuesday afternoon she was fired from her job at an investment management firm.

“Following our internal review of the incident in Central Park yesterday, we have made the decision to terminate the employee involved, effective immediately. We do not tolerate racism of any kind at Franklin Templeton,” the company said in a statement posted to Twitter.

Following our internal review of the incident in Central Park yesterday, we have made the decision to terminate the employee involved, effective immediately. We do not tolerate racism of any kind at Franklin Templeton.

The encounter is being highlighted as another example of a white person calling law enforcement to report black people for doing seemingly banal things.

Amy Cooper’s dog has been “voluntarily surrendered,” according to statement posted on Facebook by the Abandoned Angels Cocker Spaniel Rescue, Inc.

“As of this evening, the owner has voluntarily surrendered the dog in question to our rescue while this matter is being addressed,” the rescue group said.

The dog was adopted from the rescue a few years ago, the group added. It reported that the dog is “safe and in good health,” and said it will not be making any further statements on the matter.

Reports by NPR and CNN did not indicated if police responded to the scene.