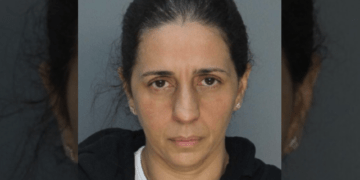 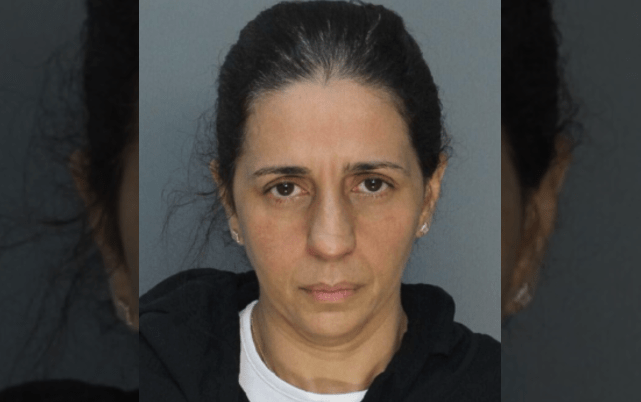 Officials say Patricia Ripley, 47, faked her son's abduction and instead led him to the canal where he drowned. (Miami-Dade Corrections and Rehabilitation)

MIAMI-DADE, Fla. – Recently released video appears to show the Florida woman accused of killing her son with autism by pushing the boy into a canal — in what authorities say was a first, but thwarted, murder attempt. She later succeeded.

The stunning security surveillance footage, obtained and aired by Univision on Sunday, seems to show Patricia Ripley pulling 9-year-old Alejandro along the bank of a Miami canal, looking around — and then shoving him into the waters before running away. (See below.)

About 20 seconds later, Ripley returns with a bystander, who jumps into the canal to rescue the boy.

Authorities said this was Ripley’s first attempt at drowning her son on Thursday evening, The Miami Herald reported.

About an hour later, she allegedly led him into a different canal, where he died.

According to reports, Ripley, 47, initially told police that a car forced her vehicle off the road near a Home Depot, then two men jumped out of the vehicle, armed with a knife, and demanded drugs. She then said the men grabbed the boy and drove off when she couldn’t comply with their request.

Police canceled the Amber Alert Friday morning when the boy’s body was found at the golf canal. Investigators were immediately suspicious of the kidnapping as Ripley gave multiple accounts, according to a police report obtained by the Miami Herald.

Finally, Ripley recanted her story. She reportedly admitted that she “led the victim to the canal where he drowned. She states he’s going to be in a better place.”

Investigators believe Ripley, a married mother of two, became overwhelmed with caring for Alejandro, who had been receiving therapy at the family’s home in recent months.

She’s being held in a Miami-Dade jail on charges of first-degree murder and attempted murder.

Prior to the video’s release, relatives had stood behind Ripley, Fox News reported.

“We love Alejandro and we don’t agree about whatever they said about my wife,” her husband, Aldo Ripley, told reporters after a court hearing Saturday. “It’s not real.”