When Doubt Becomes a Prison Cell 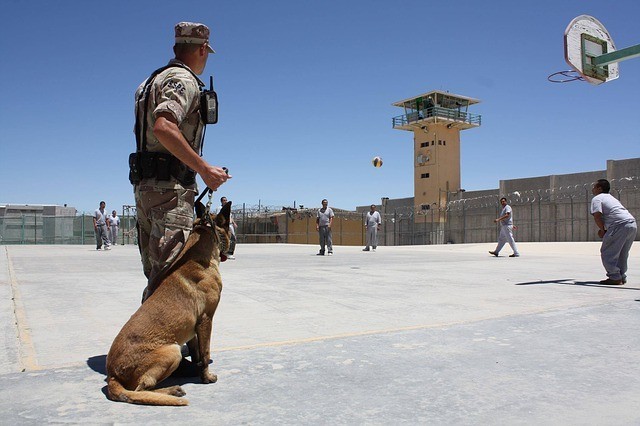 When doubt creeps into your life, it can feel like you’ve been cast into a prison cell. While sitting alone with your thoughts, you suddenly feel like all the plans you’ve made appear to be the wrong turn.

Worse yet, catastrophic circumstances have derailed your life and now doubt has become your dominant thought process.

Moreover, have you ever had the feeling that your pockets were picked? In other words, something went wrong with your plans through no fault of your own and you were “ripped off.” Perhaps you were passed up for a promotion or found yourself in personal despair; a divorce or health crisis. Suddenly doubt became your personal prison cell.

Since most police officers are meticulous planners, and maintaining control is the cornerstone in life, it’s only natural that doubt makes an ugly appearance when the “ball of yarn comes unraveled.”

I’m going to use a biblical illustration that might help you understand your dilemma.

When it comes to doubt, John the Baptist possessed it in large measure. That’s right, the forerunner to the Messiah expressed his doubt as he sat in Herod’s prison. As far as he knew, he did exactly as God instructed in preparation for the arrival of Christ. His perceived “reward” was imprisonment, which led to him sending questions to Jesus.

“Are you the one who is to come, or shall we look for another?”[1] he asked from his prison cell.

So while John is in prison, he probably wondered why Jesus wasn’t fulfilling justice and releasing judgment immediately. After all, Jesus promised to “free prisoners,” but that was not helping John the Baptist in his current circumstances. His problem was that he didn’t understand the context or depth of Jesus’ teachings.

Therefore, we might find little comfort in knowing that we have something in common with John while in the midst of our personal trial. So let’s try to understand what causes doubt.

Doubt originates from a preconceived notion of:

John had two out of three wrong. It has been my experience that doubt is almost always triggered by a personal crisis, which is where John was—in prison because of his faithful obedience to God.

Benefits of a Crisis

While it is difficult to see the benefits of a crisis, large or small, there are two that are noteworthy:

Jesus affirmed John and reminded him of the “big picture” as well as his place in it. Will your crisis steer you toward a bigger picture (yet unknown) and your place in it?

In recent years we’ve seen devastating hurricanes; a massacre of humanity in Las Vegas, Florida, and Texas; and horrific fires in California. Furthermore, there are heinous crimes reported everyday.

While I do not want to minimize the pain experienced during each catastrophe, I also see the light of love displayed by people in these perilous times.

John learned to be patient and understand there is more than here and now. These were vitally important elements to grasp since he ultimately died a martyrs death at the hands of his captors.

If I didn’t believe in the existence of a good and sovereign God, I’d probably feel like a bitter person, full of doubt, who had his pockets picked on several occasions. Yet my faith has led me to re-check my pockets for the blessings that have been left behind. He’s placed purpose beyond my perception in the moment, and I’ve discovered his sufficiency has never failed when I’ve called out in doubt and duress.

Plans Will Be Altered

While making your plans you can be certain they will be altered somewhere along the road. When that occurs, do you have anchors in place or will doubt appear?

Finally, I hope you allow your doubts to become building blocks to new priorities and either reaffirm or steer you to faith that answers difficult questions.

Until next time, be safe!