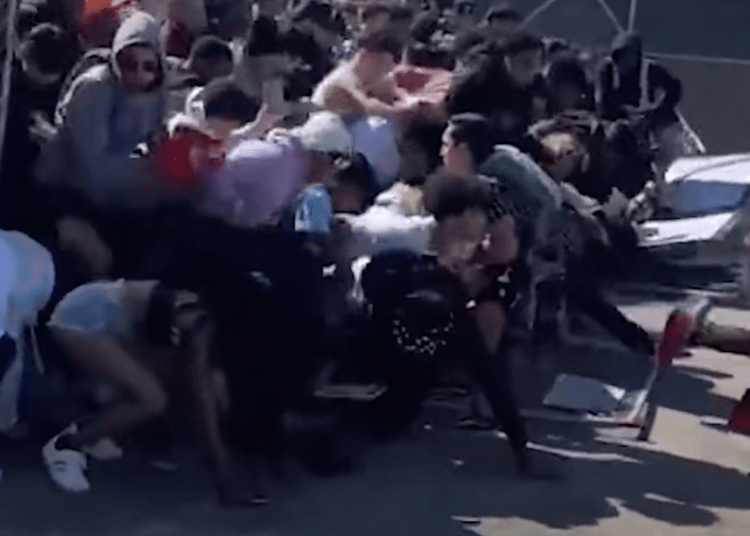 Houston, Texas – At least eight people have died and numerous people were injured at the Astroworld music festival in Houston, Texas on Friday night. The outdoor music festival is led by rap singer Travis Scott. Approximately 50,000 attendees were at the event when according to reports, the crowd began to move forward, crushing spectators. At various times, Scott, who was performing, stopped the concert to help various audience members in the front.

Vulture reports that the tragedy unfolded around 9 p.m. when attendees started to push toward the stage and people were trampled.

The causes of the fatalities remains unclear and “are still under investigation by the medical examiner’s office,” a fire-department spokesperson said.

Rumors began circulating after the tragedy that some in the crowd started injecting concertgoers with drugs. The Houston Police Department announced that they were investigating the claims.

Various media accounts reported on the violent behavior of the crowd long before the concert occurred with crowds rushing through gates and pushing others down.

Houston Assistant Chief Larry Satterwhite said that the crowd surge “happened all at once.”

“Suddenly we had several people down on the ground, experiencing some type of cardiac arrest or some type of medical episode,” Satterwhite said. “And so we immediately started doing CPR and moving people right then.”

Satterwhite claims that he quickly met with organizers, who agreed to stop the concert “in the interest of public safety.”