There are more questions than answers. 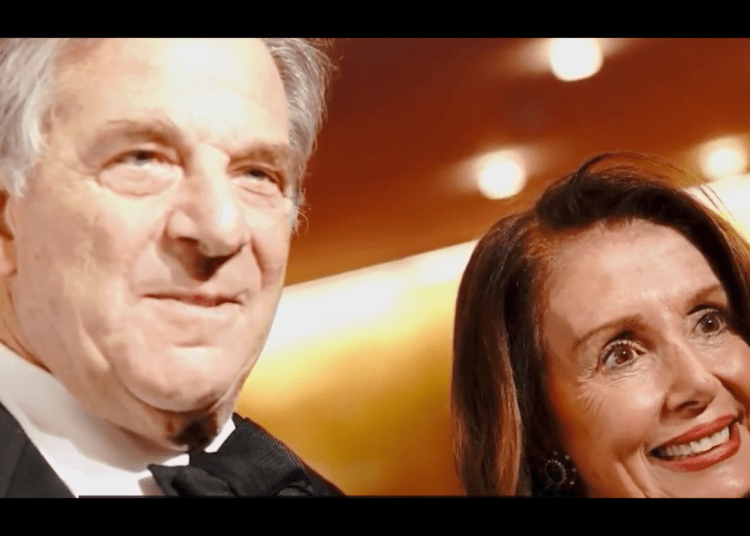 The attack on Paul Pelosi was horrible and in a sane world, we would have no reason to question the narrative that we have been given by the media. But the United States no longer has the media…we have propaganda. With ten days until an election, the machine is in full force so anyone with a brain should be skeptical of anything that the media says.

That skepticism is amplified when immediately we are told that the attacker, David Depape, is a far right extremist. Attributed to two websites that have now been outed as fake along with President Biden blaming election deniers on the attack tells you all you need to know about the corruption in our media and politics.

We don’t play those games and we take an investigative look into everything we are told.

Here is what we know today.

Paul Pelosi called 911 at approximately 2:30 a.m. and said that a “friend” named “David” that he didn’t know had entered his home. The police responded and went to the front door, indicating that this was more a welfare check than a first degree burglary involving a violent suspect.

San Francisco Police Department Chief Bill Scott said that an “unknown” person opened the door for officers and they observed Depape and Pelosi each holding one hammer.

The officers ordered Pelosi and DePape to drop the hammer when DePape attacked Pelosi. Police then took him into custody.

DePape was in his underwear and Pelosi called 911 from the bathroom. The media has reported that the call came in as the “break-in” was happening but that is unlikely considering that Pelosi said he knew the suspect and called him “David.”

The New York Post reported that The 911 caller “doesn’t know who the male is, but he advises that his name is David and then [said] he is a friend,” adispatcher told a police car, the Los Angeles Times reported. The dispatcher added that the caller “sounded somewhat confused.” 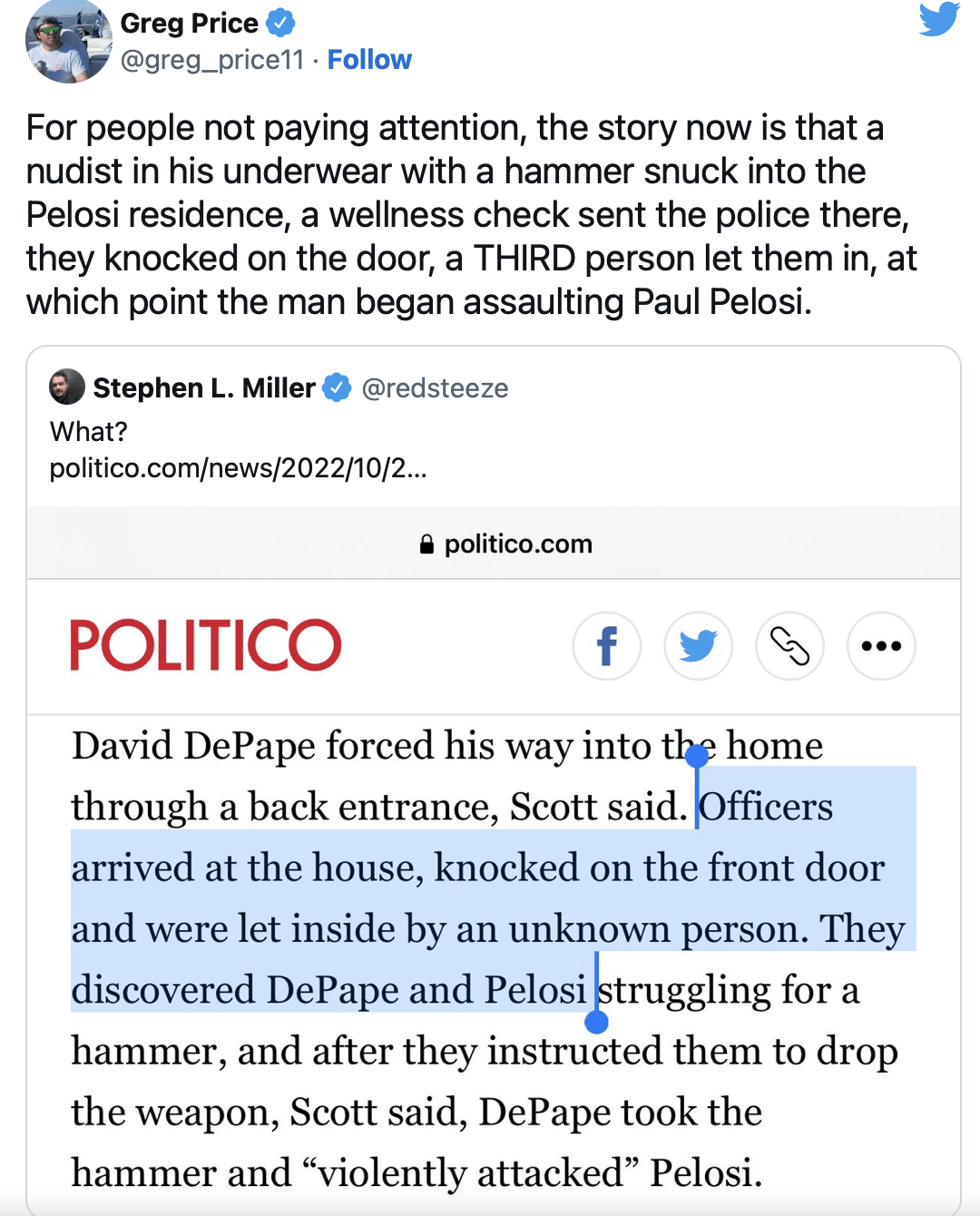 From an investigative standpoint, and we don’t expect the media or even the President to do any of that, here is what we know about Depape.

He is known in San Francisco as a radical nudist. His home is surrounded by symbols with signs of support for left-leaning political causes, such as a handwritten “Black Lives Matter” poster, a sign that reads “Berkeley Stands United Against Hate,” and several stickers criticizing capitalism and conservatives.

So we doubt a radical nudist displaying support for Black Lives Matter is really a MAGA Extremist that denies the election that also happens to live in San Francisco. The media also knows that, which is why the websites they cited were launched on Friday and removed on Sunday.

More importantly, are we being told the truth about the crime?

We don’t know that as of yet but some things don’t add up.

Violent burglars typically don’t show up in underwear and let their “victims” stroll to the bathroom.

Victims of violence don’t typically call them a “friend” and know their first name.

Most violent criminals don’t standby until the police are called, see the police, and then attack.

Finally, who was the unidentified person that walked by all of this and opened the door for the police?

There are two possibilities and none of them align with what you have been told by the scumbag media.

In most high profile cases, the police should be expected to released body camera footage but interesting enough, the media has not been asking for it.

The narrative is set and final. But it shouldn’t be. The public should be given all the facts including footage and the longer it goes without these facts, the further away from scenario #1 we get.

Regardless of what is revealed in the coming days, we wish Paul Pelosi a rapid recovery.