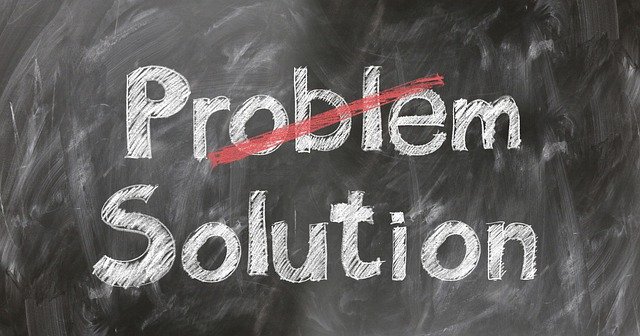 byDavid Underwood
Share and speak up for justice, law & order...

If you have been in law enforcement any significant length of time you have probably been the recipient of a complaint.  As a matter of fact I can remember being told when I was in the academy that it is those who do their job that will usually get a complaint from someone at some point in their career.   Now that’s not to say that we should begin our shift in the hopes that we make such an impression on one of our fine citizens that they show up at the police department requesting a complaint form to file a formal complaint but somebody at some point is going to have a problem with the way you handled a call or a case and they are real good at making it known. This is especially true now-a-days more so than in the past.

Maybe you have been one who has actually filed a formal complaint on one of your colleagues.  If that is so, hopefully it was the last straw after making many attempts to resolve that issue in a peaceful manner.  Sometimes it is the only course of action that will fix the problem and you really don’t want to go that far but you know you must.  Been there…done that…and it was not easy.

A complaint has been defined in many ways.  It has been defined as “an expression of grief, pain or dissatisfaction (Merriam-Webster); “an expression of discontent, regret, pain, censure, resentment or faultfinding” (Dictionary.com); and my favorite, “a group of at least 4 Karens coming to ruin your day and asking for a lot of managers” (UrbanDictionary.com).  For some reason that last one seems to really ring a bell.

But a complaint is also an opportunity.  It can be an opportunity to see what we need to be doing to excel in our personal and professional lives and in our department as a whole.  It often has a negative connotation but that does not always have to be the case.

During the infant stage of the early church when the church was exactly as God has always intended it to be, a genuine problem was discovered and it began with a complaint.  In Acts 6:1 it is records that “In those days when the number of disciples was increasing, the Hellenistic Jews among them complained against the Hebraic Jews because their widows were being overlooked in the daily distribution of food.  So the Twelve gathered all the disciples together and said, ‘It would not be right for us to neglect the ministry of the word of God in order to wait on tables. Brothers and sisters, choose seven men from among you who are known to be full of the Spirit and wisdom. We will turn this responsibility over to them and will give our attention to prayer and the ministry of the word’.”  The rest of that chapter tells the reader how that complaint was handled.

Obviously this complaint was unlike the kind of complaints we tend to get in our line of work but it was a complaint and it had to do with a genuine problem.  Just the same I believe there are a few lessons we can learn about how we can handle a complaint, both personally and professionally.

We need to consider the nature of the complaint

I have been amazed at some of the complaints that have been submitted against some of my colleagues and my-self as well.  Some are almost comical and others are literally ludicrous.  I find myself wondering where people come up with this stuff.

I must admit that some complaints have been legitimate and ones that should have been taken to heart.  The complaint that was brought before the 12 apostles in the early church was centered on a legitimate need and I believe they considered the nature of that complaint as they began to decide on how to handle it.

The fact is that a complaint is not always a bad thing as much as we might think it is. Complaints very often reveal a problem (or an issue as we call it today) that we might not have seen before.  Some people see things that we are almost oblivious to, either because we don’t want to see it or because our circumstances have clouded our vision.  Sometimes we don’t want to consider that we might actually be missing the mark in how we are doing the job when in reality that is exactly what we are doing.  We don’t want to admit that we were wrong in how we handled that call for service or how we just might need that attitude adjustment that someone very close to us has been trying to remind us of.  Then we see that complaint form, along with the statements of a witness or two and the good old body camera footage and that is when we are faced with the decision of how we are going to plead – guilty or not guilty.

And then there are those complaints that are absolutely outrageous and have no merit whatsoever.  These are the kind of complaints that either make us laugh or make us mad.  It is these kinds of complaints that we need to consider the actual nature of the complaint which usually includes the source of that complaint.  Most of us know that there are some people of whom we serve and protect will always find something to complain about and will actually fill out the paperwork.

Whatever the complaint, it is important to stop and consider the nature of the complaint before we jump to conclusions – this goes for the person who is the object of the complaint and for those who have the responsibility to decide what action needs to be taken in addressing the complaint.  For the latter, this is also where politics needs to take a back seat.  Some of the most influential people in our communities are some of the ones who make the most noise against an officer and a department. We must never take a complaint as gospel simply because of who the complainant is.

We need to take it to heart

Even if it is not a legitimate complaint maybe we should consider that this complaint someone has leveled against us is an issue we need to keep in the back of our minds during the course of our duties or our private life.  It may be something that someone sees as being important to them which, at the least, is something we should consider.  It may be something that we do not consider to be a priority but it is probably something we should not blow off either.  Sometimes it comes down to just listening to the one who has the complaint and hear them out.

And of course, if the complaint is legitimate and addresses something we need to work one, we certainly need to take it to heart.  When the complaint about the widows came to the attention of the Apostles they didn’t get all defensive and try to trivialize the problem.  They saw it for what is was and admitted that it was something that needed to be fixed.

Sometimes it’s really hard taking something to heart because it calls for us to be honest and humble and willing to take a good honest look at ourselves and what we might need to do.

We need to be willing to just deal with it

Do what needs to be done to make it right.  Once the apostles realized this complaint was legitimate and a genuine concern they did not hesitate to act on doing what needed to be done.  One of the ways they addressed it was they considered how this problem could lead to other problems and how it would impact the church.  If the complaint was not properly corrected it could affect the preaching and teaching of the Word of God and it could have an effect on the well being of the widows who were being neglected.  Both of those acts of ministry were essential to the growth of the church.

It has been said that “if it ain’t broke, don’t try to fix it.”  But if it is broke we need to do what it takes to fix it.  If whatever it is that’s broke is brought to our attention and we know it’s broke we need to do what we can to fix it.  It might not be fixed overnight and it might call for some home work to be done before a decision is made which, by the way, does not always call for the formation of a committee or task force.

But when it comes down to it just deal with it.  Don’t make excuses or try and blame someone else.  You and I know if the complaint has merit or not and we usually know what we need to do to address. Denying it won’t make it go away.  Rationalizing it won’t fix it either. Just deal with it.

And even those complaints that are frivolous and without merit, deal with them as well.  Even if it is an issue that we know is not an issue, it may come down to gracefully educating the complainant on why something is done the way it is done.  This may not work in every situation but at least we can say that we considered the nature of the complaint, we took it to heart and then we dealt with as best we could.  And this, too, can be done in a professional and productive manner.

The issue that was facing the early church might look like it was an easy fix but, of course, perception is not always reality. But the fact that it does not come up again might just indicate the problem was handled – a problem that was brought to light through a complaint.

I know that dealing with a complaint is not always easy and it is certainly not popular but complaints are and always will be a reality.

If I Had Chosen Suicide