It’s a matter of death, or life… 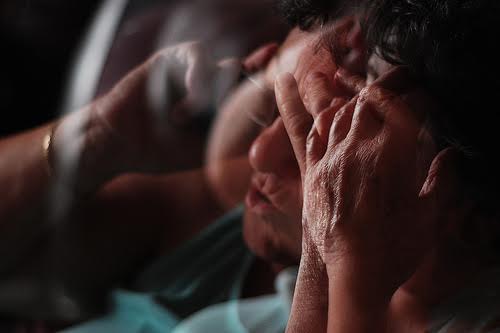 Cruisers scream past, lights flash, sirens wail, one after another with the ambulance hot on their tail.  You sit on the side of the road wondering what just happened. As you pull slowly back into traffic, another cruiser flys by. What could it be….and then the nightmare begins…

Two times in my career I’ve heard it.  And I hope to never hear those words again.

Shot, stabbed, run over, killed in any number of ways, police officers all know they can die, physically.  People from all walks of life know in an instant their health can fade.  But what about mentally?  Spiritually? Why is physical death our only concern?

We’ve already discussed firemen and first responders turning into Zombies.  Walking dead, zoning out, going through the motions.  Physically there, but if you listened to their hearts, they’re flat lined.

But let’s not be naive.  It happens to more than first responders.  Dead inside.  Lifeless.  Many in all walks of life and types of work suffer burnout, world fatigue, and the issues that come with living day to day.  Next week’s interview with a teacher pulls no punches on mental health struggle, and contradictions in life, faith, expectations, and depression.

Police officers just tend to live a lifetime’s worth of brokenness in a few years worth of time.  Slowly, methodically.  Their life gets choked out a bit earlier than most.  What’s left over?

S gave his life to God at age ten.  But by 2010, he wasn’t even trying.  His tires were stuck in the sand and the car was off.  He was lifeless and sinking in the marsh. Outrage, anger, negative mindset, those are the things that drove him.  If you can call it being driven.  He was steeped in a broken world.  And drowning in a job that showed it to him all day, everyday.

Really, he was dying.  He’d lived seven lifetimes of people’s worst days.  He got to the point that he didn’t want to live with them, or himself, anymore.

After a few years in the crime scene unit with a constant up close and personal look at the horrible things one human could do to another day after day, a certain stone heart and hatred for mankind made its home in his soul.

But no one was calling the squad.  There were no screaming police sirens or red and white medics taking over.  Nobody was coming to help.  To bring him back.   To take him to a surgeon.

And he was killing his family as he passed his lifeless outlook, cynicism, and negativity onto them.

“I was just always waiting, hoping, for the next disaster, the next plague to wipe us out, humans.  We’re the most disgusting things ever.  I even passed that perspective onto my kids.”

“I looked at everyone as lesser than, even in church.  Everyone was fake.  I was jaded, lost, and as I read your book I had to choke back tears because men, police officers, aren’t supposed to cry.  I realized all these years all I was doing was trying to take control from God.  I had to always be in control.  It was killing me, and I was killing my family.  Inside I knew, I had no idea how to really control anything, and I was totally out of control.”

Nightmares, depression, hating work.  He and his family were affected in ways that he only hopes as the years go on they’ll come back from.  His life, a life he once claimed was “on fire” for God, for the enjoyment of living, was snuffed out.

And it happens to so many others.  Cops, teachers, counselors, salesmen and even stay at home moms.  Life can go sideways for anyone.  And many, especially us tough guys who can’t cry, can’t do the one thing that’s needed for redemption.  Including myself, and S.

We’re too embarrassed to admit we need help.  We’re trained to be self sufficient even as we hope that someone, anyone, will care enough to reach out.  But we can’t become vulnerable.  If we do, we might risk people seeing the real us, and then feel rejected if they don’t like what they see.

So we suffer, alone.  We die, quietly, even as our body still walks around.  S was a dead man walking.

What do we do if we can’t reach out?

We listen.  S listened to the voice.  The call.  You’ve heard it too.  And if you’re in that spot, it’s time to answer.  Because it always comes.  Always.  I’ve talked to so many people now.  Everyone hears it.  Many just keep pushing it away.

But the only reason the medics come is because someone on the other end of that phone is screaming about a friend or family member who needs help.

“I need help.  I’m dying.”  The last words spoken as a father falls to the floor and the phone rolls from his hand.

God was screaming into the phone, into S’s ear, through his heart.  “You need help!  Reach out!”

Hear S when he tells you, he was lucky (or blessed).  Lucky to hear the voice, the call, and blessed to have his heart of stone softened (eventually) by something more than he could ever explain. He pushed it away for so long.

No one else was coming for him.

The medics don’t treat someone who looks fine.  The police don’t respond to situations that look normal.  And family and friends eventually give up, even if they know something is going on because S, or you and I, push them away.  We don’t answer the call.

Because S was silent, stubborn, always in control, he sat alone and almost died.  Maybe not physically.  But mentally and spiritually, for sure.

He became the Thief.

S couldn’t sit alone anymore.  His heart was changing as the call came over and over and over again.  He was the thief on the cross.  Positioned just beside Christ through no planning of his own.

S turned his head slightly, with the last of his strength, as pain shot through his body while God called in the only way He could.  Christ, on the cross next to him, just turns His head.  His eyes bore into S’s soul.  His expression said “I’m here” as his Spirit worked on S’s heart of stone and he began to recognize Him for who He is.

The thief on the cross didn’t have any programs, expectations, outreach, friends or medics heading toward him.  He was just a man, nailed to some jagged and rough poles, broken by life and bad decisions, perched next to Christ as He also hung, bloody and battered.

For whatever reason, for every reason, the thief, S, his heart finally softened as he looked over and said “Jesus, remember me.”  S can’t explain it.

But his heart was changed.  And in the final hour, at the last moment, his destiny was changed as well.

“I’ll give you a new heart, put a new spirit in you. I’ll remove the stone heart from your body and replace it with a heart that’s God-willed, not self-willed. I’ll put my Spirit in you and make it possible for you to do what I tell you and live by my commands. You’ll once again live in the land I gave your ancestors. You’ll be my people! I’ll be your God!”  Ezekiel 26-28

S was blessed with a friend, Anthony N. to reach out to after he finally answered the call.   Anthony was a sounding board until the time came for him not to just be a sounding board, but a medic as well.  A mentor, tough as nails, but only because God hardened him, in the right way.

He gave S the slap across the face he needed to snap him out of his slow and miserable death.  Hopefully you’re blessed enough to have a friend like Anthony.  Someone confident enough to step up and step out and tell you, “You look like crap, you need help.  Can I do anything?  Are you alright?

S stopped pushing it away.   He finally gave up.

I’ve seen people at the worst times of their physical life as the medics talk them through what’s about to happen.

“We’re cutting off all your clothes, sticking things in places that will hurt, and exposing all your business to the world, but you will live!”

Never ever have I heard even one person say no.

But dying on the inside, for some reason, is so much different.  We don’t say a word.  We quietly let seven lifetimes worth of the world snuff out our light.  And never tell a soul.

S would say now, don’t wait until your last moments to listen to the call.  Don’t wait until you’ve killed everything that makes life worth living.  Don’t poison the future generations you were called to raise, lead and bring life to.  Your kids deserve more.

Because S is now Shane.  He’s present and alive and being led to help others in the same situation as he once found himself.  Shane would tell you, listen to the voice!  Because it’s there now, it’s clear.  He’s calling through these words and through the connection you have with them.

God is standing by.  He’s ready to perform surgery.

If you’re where Shane was, reach out.  It’s time.

Shane feels pretty healthy these days.  He credits Open Door Baptist Church with being a place of refreshment and life.  Though, he won’t lie, some weeks are better than others.  The surgery took, there’s no doubt, but there are always growing pains as he heals up.

But then, when you have the best surgeon, the top doc, one that doesn’t make mistakes, it’s fairly easy to trust that in the process of healing everything is going exactly as it should.

Phillipians 4:13 I can do all things through Christ who strengthens me.

Credit to Dan Scarberry at JIBC for the illustration and insight of the thief on the cross.

Did you connect with the story?  Shoot Shane a comment. Reach out, reach across, put away the excuses, the facade, the fake, the tough guy (or girl) attitude and say,  “Yeah, you’re right, this isn’t going so well. Can we talk?”  And if you don’t have someone, feel free to hit me up, HERE.