The affected are more than meets the eye 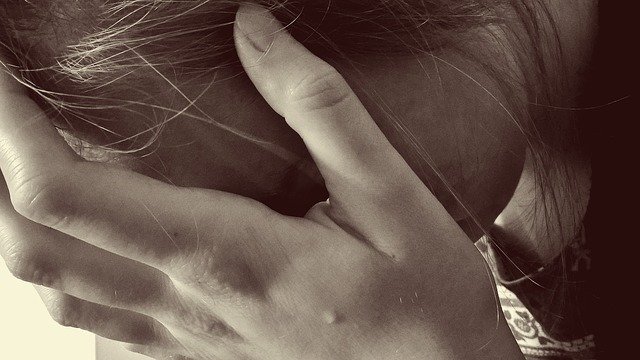 It has been said that with every death by suicide, at least six others are affected in some way. However, this long-standing belief has been challenged, and according to Dr. Julie Cerel and her team from the University of Kentucky, is believed that those affected is much greater. Cerel et al. (2014) devised a range of bereavement (e.g., continuum) or “survivorship” that include short and long-term bereavement, classified as ‘suicide affected’ and ‘suicide exposed’ (p. 5). It is believed that through a range of affectedness of a death by suicide, that single digit numbers jump to double and triple digits of those affected or exposed in some way.

The aftermath of a suicide is wide-ranging. Those closest to the decedent will often have the most adverse and impactful effects, as well as the most long-lasting. However, when thinking about the connections that many law enforcement personnel have, this number could be in the hundreds or even thousands. Those left behind the wake of a suicide include family, friends, co-workers, acquaintances, etc. Each of those affected will be so differently, for different lengths of time, for different reasons, and with the grief often immeasurable.

So, why does any of this matter? According to Johnson (2020), since 2017 nearly 600 officers (e.g., police and corrections) have taken their lives (www.nlesmd.com). This includes active/sworn, retired, and former officers. This number only includes deaths verified as suicide, with dozens awaiting verification from the medical examiner/coroner’s office. This matters because thousands are left to grieve this loss, and those left to grieve are often required to do so on their time, while working, maintaining families, and with minimal support. And, depending on the agency response (whether positive negative, or indifferent), many officers may not feel supported in their grief and may never feel full closure.

Suicide is traumatic and it affects many in its wake. The ripple effect left from a death by suicide is not only devastatingly impactful but often without a definitive end in sight, as the memories, the holidays, the big events are now happening without your friend, family member, loved one.

According to Michael Hardee, FBI National Academy Associates National Chaplain and Consultant for the Blue Wall Institute, how we cope with these losses can often define how we recover, and the time is now to turn to faith and prayer. In doing so, we increase our resilience with healing and closure. Hardee explains that God is with us forever; He will never turn his back and we can find hope in His word.

“He heals the brokenhearted and binds up their wounds,” Psalms 147: 3. God heals our broken hearts, even when we lose someone we love. Unfortunately, there is no timetable for grief, but you can cling to the promise that God heals broken hearts.

For survivors, coping with these tragic deaths can often leave us feeling depressed, confused, alone, and often with more questions than answers. We do have hope through our faith in that God will bring us comfort and peace if we turn to Him, especially in our time of need.

Proverbs 18:10 “The name of the LORD is a strong fortress; the godly run to him and are safe.”

Psalms 61:3 “For You have been my refuge, a tower of strength against the enemy.”

The number bereaved by suicide is far reaching, and much farther reaching than once believed. The truth is that many are hurting and many need healing, understanding, and some sense of closure in that memories will once again be viewed with love and joy and nit with pain and suffering. Our thoughts and prayers are with those lost to suicide and with those left behind.

If you or someone you know is suicidal, please see the following resources:

If you are suffering from the loss of suicide, please see the following resources.

Dr. Johnson is founder of the Blue Wall Institute, an Air Force veteran, and former police officer. Dr. Johnson is a subject expert in police suicide and prevention and holds the Law Enforcement Psychological Autopsy Certification from the American Association of Suicidology. She developed the National Law Enforcement Suicide Mortality Database (www.nlesmd.com) where she has tracked suicide deaths since 2017. She holds a master’s in Criminology and Criminal Justice from the University of Missouri, St. Louis, and a doctorate in Organizational Leadership Management from the University of Phoenix. Dr. Johnson formerly worked as a Senior Research Associate for the Institute for Intergovernmental Research as a Lead Instructor for the VALOR Officer Safety Program and was the Program Advisor and Lead Instructor for the Suicide Awareness for Law Enforcement Officers (SAFLEO) Program.

Major Mike Hardee (Retired) is the FBI National Academy Associates (FBINAA) National Board Chaplain, and Past President of the Florida Chapter of the FBINAA. His law enforcement career spans over 40 years serving in senior level management positions for over 30 years. He is a trainer/consultant for the Blue Wall Institute, and he is the Senior Operations Manager at Covert Investigations Group, a Florida-based private investigations agency that specializes in high-level corporate investigations and undercover operations.

(2018). How many people are exposed to suicide? Not six. Suicide and Life-Threatening

“survivorship”: Definitial issues in the aftermath of suicide. Suicide and Life-Threatening

Johnson, O. (2021). [Unpublished raw data on the demographics of police suicides for the years