If I Had Chosen Suicide 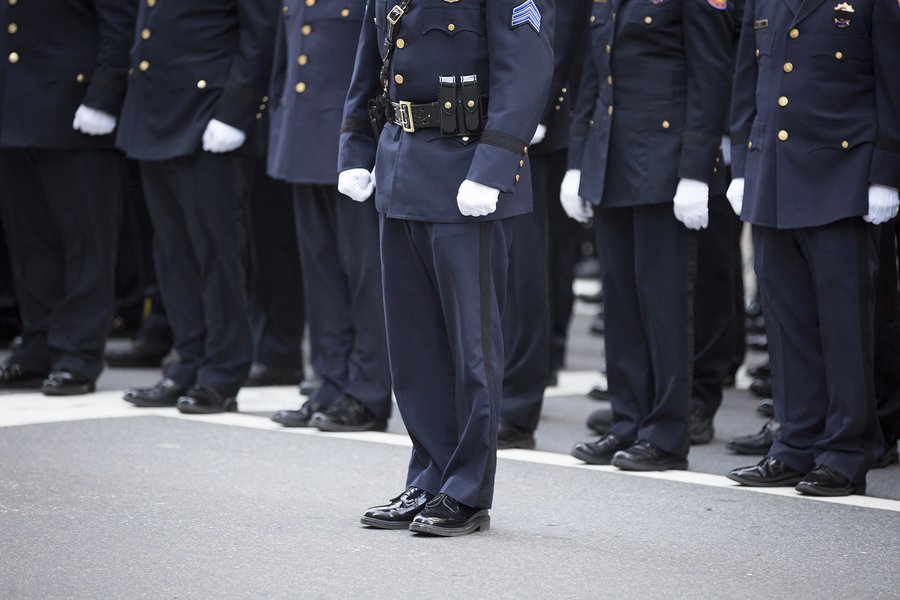 byJonathan Hickory
Share and speak up for justice, law & order...

If I had chosen suicide, would my department have given me full honors?  Would my body have received a full motorcade with my brother officers riding proudly on their freshly detailed Harley Davidson motorcycles, the blinding brilliance of blue lights piercing the night?  Would they have lined up on the streets to pay their respects?  Would my comrades have saluted, standing tall as the cold, dark casket passed them by?  Would the crowd have jumped at the first sound of gunfire as the volleys of unified blasts rang through the air?

What would they say about me at the graveside?

“Everything seemed to be fine…”

“He was just awarded officer of the year last year…”

“He smiled and laughed…”

“I had no idea what he was facing…”

“Doesn’t surprise me that he checked out…”

If I had chosen suicide, would anyone have cared?  I had already decided my life was over anyway.  Would my wife have grieved my death?  She and I were barely speaking.  I know it was my fault, I hurt her so badly, and I’ve done so many unspeakable things.  Would my five year old daughter have been able to flourish and grow as she carried the unexplained death of her daddy?  Would my friends have been devastated, plagued by survivor’s guilt, wishing they had recognized the signs of someone who was a high risk for suicide?

“I’m praying for the family..”

“How will they survive without his income..”

“I know he was hurting but I never thought…”

“He was drinking a lot more heavily…”

If I had chosen suicide, would anyone have done anything about it?  Would they have named a street or dedicated a park in memory of me?  Would they have retired my badge number— to honor me, or would it have been to prevent another officer from being shrouded by the shame?  Would they have begun to consider taking peer support and mental health more seriously?  Or would they continue to cloak their own thoughts in shadows and make fun of officers who are hurting?

“I heard he was messing around with…”

“I heard he got pulled over and he was drunk, and still in his uniform…”

“I heard he got suspended for blowing up in roll call…”

“I told him I refused to talk to him, after what he did…”

If I had chosen suicide, would I have gone to Heaven? I believe at that moment, I would have burned in Hell forever. I know I never would have come to know the God who I believe created me and loves me as His child.

If I had chosen suicide and killed myself, I never would have given myself the chance to get the help that I so desperately needed.  I never would have been able to lift up in prayer, and reach out with hope, to my hurting brothers and sisters in blue as they encounter the darkness and struggle to not succumb to the demons.

It takes a strong person, a true warrior, to daily face and battle the hell of this world as a police officer.   It takes reaching deep to realize that you’re hurting, that you’re no longer that same person you were when you took the oath to protect and to serve.  Warriors reach out to get help to win the battle.  Warriors choose help to win the war within.

Warrior, get help.  I’m so thankful I did.

Read the powerful true story of how my life was changed forever in my award winning book, Break Every Chain: A Police Officer’s Battle with Alcoholism, Depression, and Devastating Loss, and the True Story of How God Changed His Life Forever. Available at Amazon.com, BarnesandNoble.com, Books-A-Million, Walmart, Ebay, and iTunes.  Also available as an Audiobook.  For more information, visit https://JonathanHickory.com.

Share and speak up for justice, law & order...
Tags: chaplainFamilyFamilysuicide

Jonathan Hickory is an active duty Master Police Officer in Virginia and the author of the award-winning book, Break Every Chain. In his 16 plus years of police experience, Jonathan mentors and instructs other officers in police driving methods and has also served as a Field Training Officer. Jonathan spent seven years investigating the reconstruction of fatal vehicle crashes and three years as a motorcycle officer. Jonathan proudly serves as a member of the Police Department’s Peer Support Team providing Critical Incident Stress Management to fellow officers. Jonathan developed and teaches a DCJS approved Resilience and Suicide Prevention class at the police academy. He also leads a Life Safety team with The Point Church in Charlottesville and recently trained to become a Chaplain. Jonathan has been married to his wife Stacy for over 15 years and has two beloved children. For more information, visit https://JonathanHickory.com