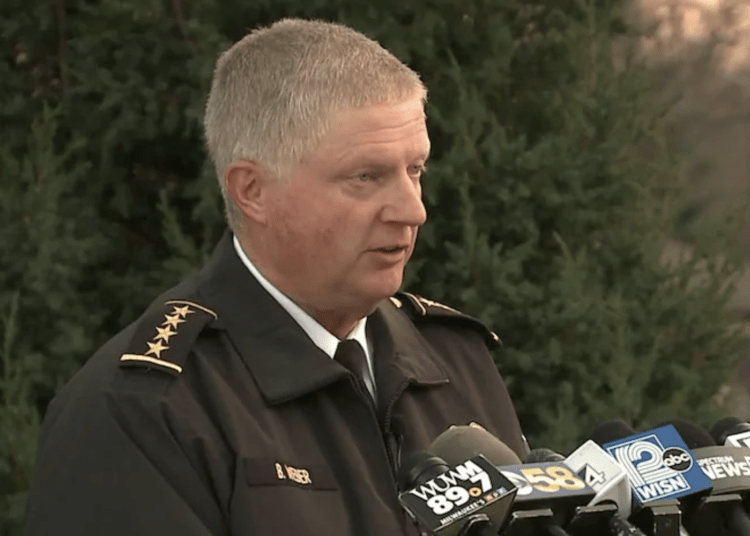 Weber said during a news conference that the incident was “not a random act” but rather an altercation between two groups, which he said resulted in the injury of four “innocent bystanders.”

According to police, the suspect, who was a Milwaukee resident, fled on foot with other people exiting the mall. He was arrested Saturday evening following the execution of search warrants. Weber said he believes the boy was arrested during a traffic stop and a firearm was also recovered at the scene of the arrest, Fox News reported.

In addition to the 15-year old male teen, the other individuals involved in the altercation have been taken into custody. The motive for the altercation remains under investigation.

Police added that most of the victims are recovering from non-life threatening injuries and have been released from the hospital. Both Weber and Mayor Dennis McBride stressed that there is no immediate danger to the public, and that Mayfair Mall is still a “wonderful place to shop” and “a safe place to be.”

WAUWATOSA, Wis. — A Wisconsin mayor says multiple people were shot at a mall Friday and transported to area hospitals, while officers continue searching for the shooting suspect.

Wauwatosa Mayor Dennis McBride said in a statement that none of the injuries appear to be life-threatening. Moreover, the suspect remains at large after the shooting at Mayfair Mall in Wauwatosa, Milwaukee Journal Sentinel reported.

Police officers descended on the area around 3 p.m. The FBI and the Milwaukee County Sheriff’s Office also responded to the area to support local law enforcement efforts.

The Milwaukee County Transit System tweeted that buses to the mall were unable to enter the property due to an “emergency incident.”

Photos posted to social media showed police cruisers in the mall parking lot. The Milwaukee County Medical Examiner’s Office tweeted it was not sending anyone to the scene.

The mall was the site of a February shooting in which Alvin Cole, a black male 17-year-old, fired a stolen handgun at Officer Joseph Mensah, which subsequently turned into months of turmoil for the officer, resulting in his resignation this week, even though the shooting, along with two others during his career, were justified, Law Officer reported.

The mall was the target of sporadic protests over several months in the wake of the shooting. The Milwaukee County District Attorney’s office cleared Mensah in the shooting. According to Fox News, he will be paid at least $130,000 as he separates from the agency.