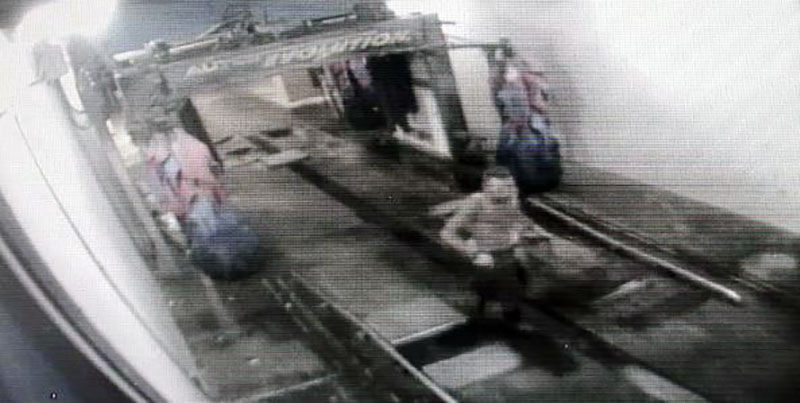 Video footage from a deadly shooting earlier this month shows a gunman hiding in a car wash before opening fire on Tucson police officers.

The incident started as an attempted carjacking in the parking lot of Desert Sports and Fitness near North Pantano and East Wrightstown roads when a man was approached by two gunmen, Tucson Police Chief Chris Magnus said Friday in a news conference.

The man was struck in the head with an unknown object, and ran toward the gym. The gunmen were seen rummaging through the man’s vehicle. One of the gunmen then fired several times toward the man who was attacked at the gym.

Spear ran away and the second gunman left in a white pickup truck, Magnus said.

Spear was spotted in a bay at a car wash.

Security footage at the car wash shows Spear carrying a handgun and a shotgun. He talked on the phone for several minutes while trying to find a hiding place, the video shows.

Search lights from TPD’s chopper flooded through one end of the bay, as Spear dropped the handgun. He then ran out, firing the shotgun at officers as he ran toward an unmarked police vehicle that had pulled into the car wash entrance moments before, the video shows.

Several shots fired by Spear struck the vehicle of a K9 officer who had arrived on the scene, Magnus said.

Spear shot at the officer who ran from the squad car before getting into the passenger side. Finding no keys inside, he waited a few moments before exiting the truck and firing on officers again, the video shows.