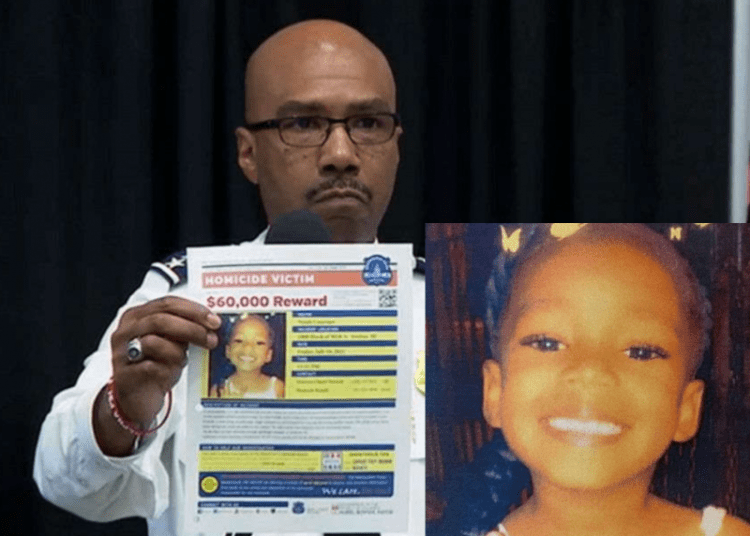 Washington D.C. – A 6-year-old girl was killed and five adults were injured Friday night in a shooting in southeast Washington, D.C. Metropolitan Police Department officers heard the gunfire around 11 p.m. and responded near the city’s Congress Heights neighborhood, where they located the victims.

Three adult men and two women were transported to hospitals with non–life-threatening injuries. The child was also transported to a hospital, where she was pronounced dead according to the Washington Examiner.

The victims had been standing on the sidewalk when a shooter went by in a car.

The 6-year-old girl was shot dead at the scene, Assistant Chief Benedict said. She was later identified by police as Nyiah Courtney.

The circumstances behind the shooting are unknown and there are no suspects. It is believed the shooter was in a silver or grey four-door sedan, DC Mayor Muriel Bowser said during a press briefing Saturday evening.

“Our plea for Nyiah is that we find out who killed her,” she said.

“Our thoughts and prayers and condolences go out to the family of that victim and all the victims of tonight’s shooting,” Benedict said at the scene of the shooting.

“There is too much gun violence still perpetuated in this city and too many children being harmed, innocent children, by gunfire,” Benedict added in a plea to community members for help in finding the suspects.

A $60,000 reward is being offered for information leading to the arrest and conviction of those responsible for Nyiah’s murder, Contee said. The Bureau of Alcohol, Tobacco, Firearms and Explosives’ Washington Field Division and the FBI Washington Field Office are contributing funds.

102 people have been murdered in the District of Columbia in 2021.

Share and speak up for justice, law & order...
Tags: abolishDistrict of Columbiamurderwashington d.c.