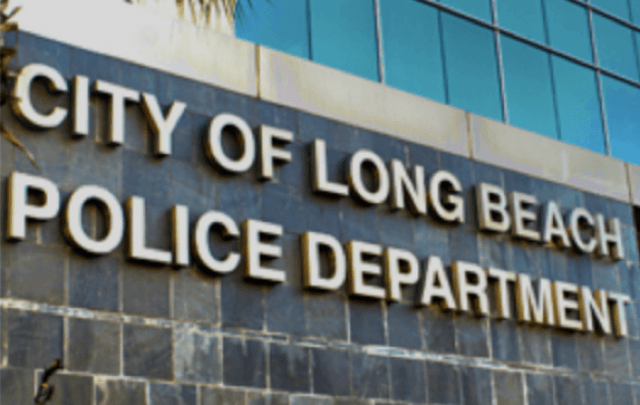 LONG BEACH, Calif. – A voyeuristic police records clerk has been sent to prison for six years after pleading no contest to filming dozens of his colleagues using the downtown headquarters restroom, according to reports.

Sergio Nieto, 29, used his phone to film police officers and other employees over at least three months as they used the facilities at a Long Beach Police Department bathroom, according to the Long Beach Post.

The records clerk made at least 115 secretly recorded videos of 69 of his coworkers — including high-ranking officers — filming them either getting changed or using the facilities, the news agency said.

He also admitted to filming people in the bathroom of a 24 Hour Fitness, the paper said, citing an arrest warrant.

Nieto was arrested after a detective noticed a cell phone pointed at him under the partition of his bathroom stall — easily identifying him thanks to his distinctive dress shoes, according to the documents.

The judge called Nieto’s crimes “especially concerning” after one of Nieto’s victims tearfully told the judge about the trauma of finding out he’d been secretly filmed by a co-worker he knew and trusted.

“Sergio, you have no idea what someone has gone through in the past,” said the victim, whom the Long Beach Post is not identifying.

The victim thanked the prosecutor and police detective who handled the case and then apologized to them for having to wade through all the graphic videos Nieto filmed.

“I cannot imagine the hours you gave watching the evidence brought before you,” he said.

“This case was disturbing on many levels, but it is the complete betrayal of trust that many people cannot fathom,” Long Beach City Prosecutor Doug Haubert said in a statement. “This is the most serious case of invasion of privacy I have seen in my 20 years as a prosecutor.”

Nieto pleaded no contest to 69 counts of misdemeanor invasion of privacy and was sentenced Friday to six years in prison, the Long Beach Post said.

The records clerk was originally facing 115 misdemeanor counts of invasion of privacy against 69 different victims at the Long Beach Police Department, but prosecutors dropped dozens of those counts after he agreed to plead no contest.

Once out, he will then be on parole for five years — facing more than 28 years behind bars if he commits another crime, according to the report.

“Any slip-up and that’s probably what you’re going to get, and it won’t bother me in the least to give it to you,” Judge Christopher Frisco told him during sentencing, the paper said.

Nieto will not be required to register as a sex offender unless he violates his probation, the paper noted.

At the end of Friday’s hearing, a bailiff cuffed Nieto and led him away.