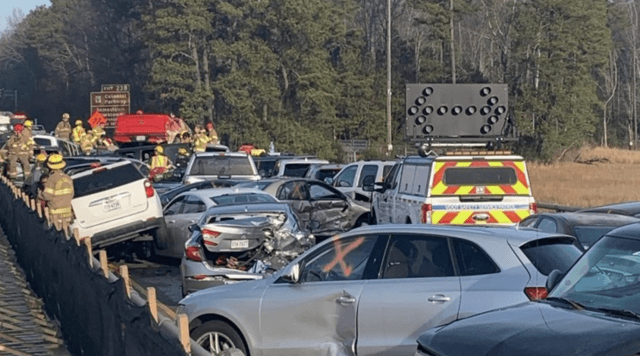 YORK COUNTY, Va. — Virginia State Police handled a chaotic 63 car pileup. As a result, both sides of Interstate 64 were shut down Sunday morning after the vehicular mess spread across all lanes of traffic.

The massive chain of collisions occurred sometime after 7:50 a.m. near the Camp Peary Exit, 13 NEWSNOW reported. 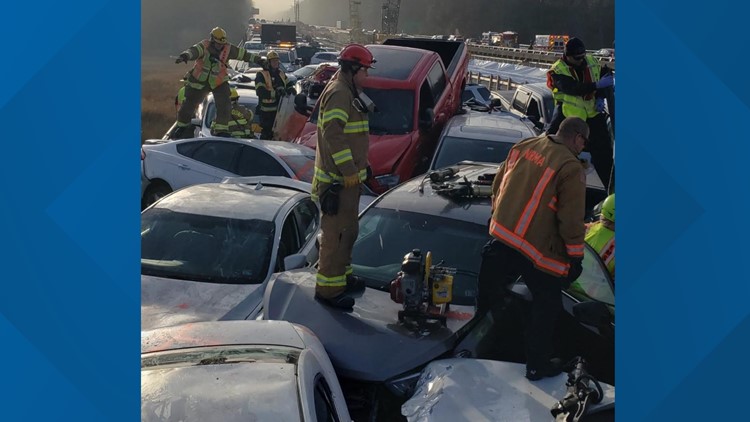 Virginia State Police spokeswoman Sgt. Michelle Anaya said a total of 35 people were taken to the hospital. Two of the people who were hurt had critical, life-threatening injuries.

State police said fog and ice on the Queens Creek bridge were factors in the crash.

VSP troopers are on scene and the York-Poquoson Sheriff’s Office is also assisting and directing traffic.

TRENDING POLICE STORIES IN THE NEWS:

VDOT said police and deputies were detouring traffic off the interstate to Route 199/Humelsine Parkway (Exit 242).