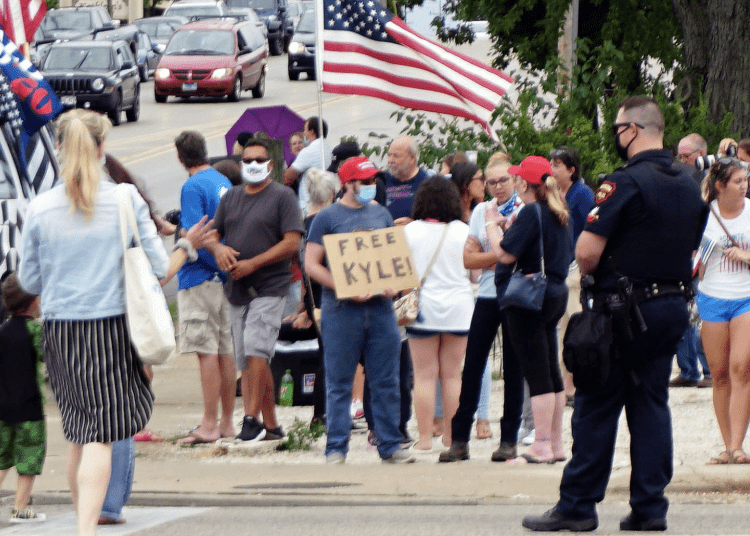 Rittenhouse is charged with shooting two men during protests against the police shooting of Jacob Blake in Kenosha, Wisconsin. He has become a cause célèbre among conservative activists who believe the teen was within his rights to open fire in self-defense on Aug. 25, NBC News reported.

Lt. William Kelly, who worked in internal affairs for the Norfolk Police Department, was terminated after he expressed support for Rittenhouse and made an anonymous $25 donation to his defense fund. Kelly’s message at the time read, in part: “God bless. Thank you for your courage. Keep your head up. You’ve done nothing wrong.”

“Chief Larry Boone and I have concluded Lt. Kelly’s actions are in violation of City and departmental policies,” Chip Filer, the city manager of Norfolk, said in a statement. “His egregious comments erode the trust between the Norfolk Police Department and those they are sworn to serve. The City of Norfolk has a standard of behavior for all employees, and we will hold staff accountable.”

In November, Rittenhouse was released from Kenosha County Jail on a $2 million bond, which was mostly raised by conservatives. MyPillow Inc. founder Mike Lindell and former “Silver Spoons” child actor Ricky Schroder played key roles in “putting us over the top” in coming up with bail money, Rittenhouse’s defense attorney, Lin Wood, said at the time, according to NBC.

“A police department cannot do its job when the public loses trust with those whose duty is to serve and protect them,” Chief Boone said in a statement announcing Kelly’s firing. “We do not want perceptions of any individual officer to undermine the relations between the Norfolk Police Department and the community.”

Police said Kelly can file a grievance and appeal the city’s decision. He has not publicly commented on the donation or the termination.