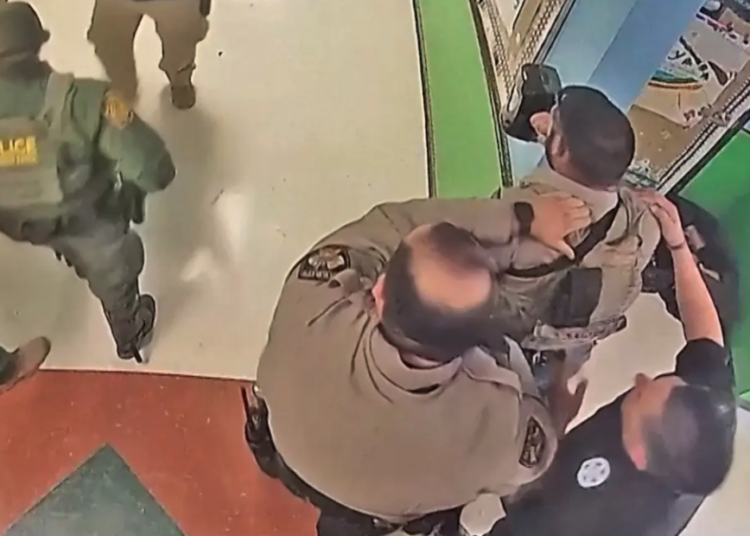 Felix Rubio, whose daughter was killed in the massacre, was among the law enforcement personnel in the hallway. He is seen in this clip as additional officers have their hands on him.

UVALDE, Texas – The Austin American-Statesman published an edited and full version of video obtained by the news outlet that shows the law enforcement response to the massacre at Robb Elementary School in May.

The video file obtained by the Statesman, part of the investigative file, includes security video footage from a nearby funeral home showing the gunman arrive at the school by crashing a pickup in a ditch, and includes audio of 911 calls and officers speaking in the hallway, as well as the sound of gunfire.

The video contains text to put the images in context from the May 24 massacre where 19 students and two teachers were murdered by an 18-year-old gunman.

The New York Post highlighted that a sheriff’s deputy whose 10-year-old daughter was slaughtered during the mass shooting was among the law enforcement personnel in the hallway, video shows.

Felix Rubio wiped away tears and clasped his hand over his mouth as gunman Salvatore Ramos committed the horrific massacre, according to the footage.

The deputy — whose 10-year-old daughter Lexi was inside the classroom — stood helpless in the school’s hallway as heavily armed officers neglected to engage the gunman at any point during the 77-minute-long rampage. 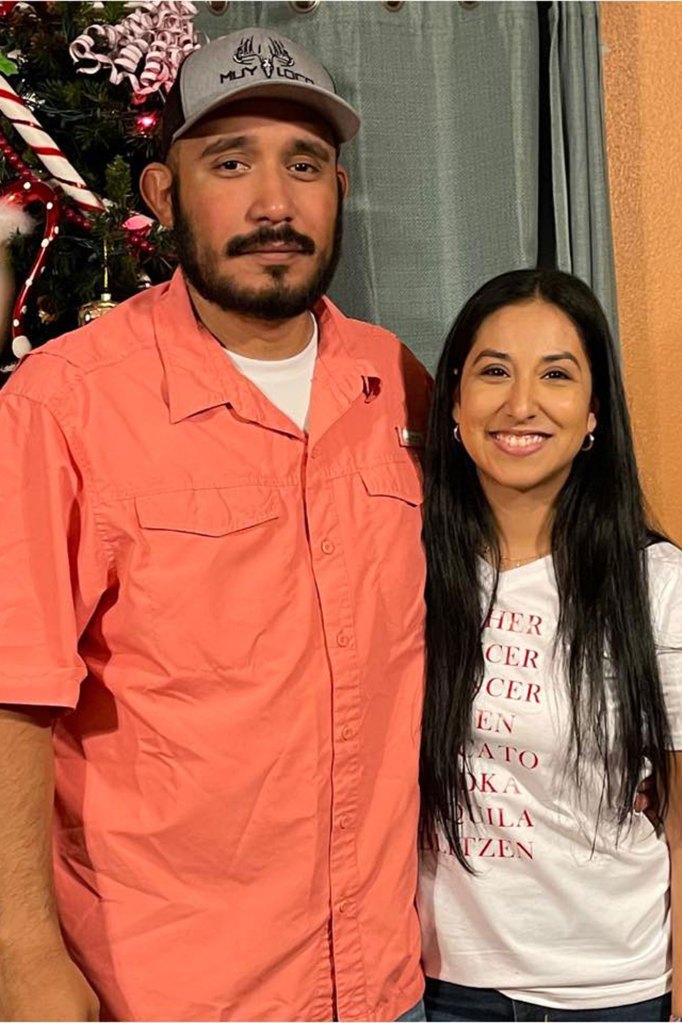 Authorities say more than 100 rounds were fired in the massacre before the Border Patrol tactical team breached the classroom and killed the gunman. 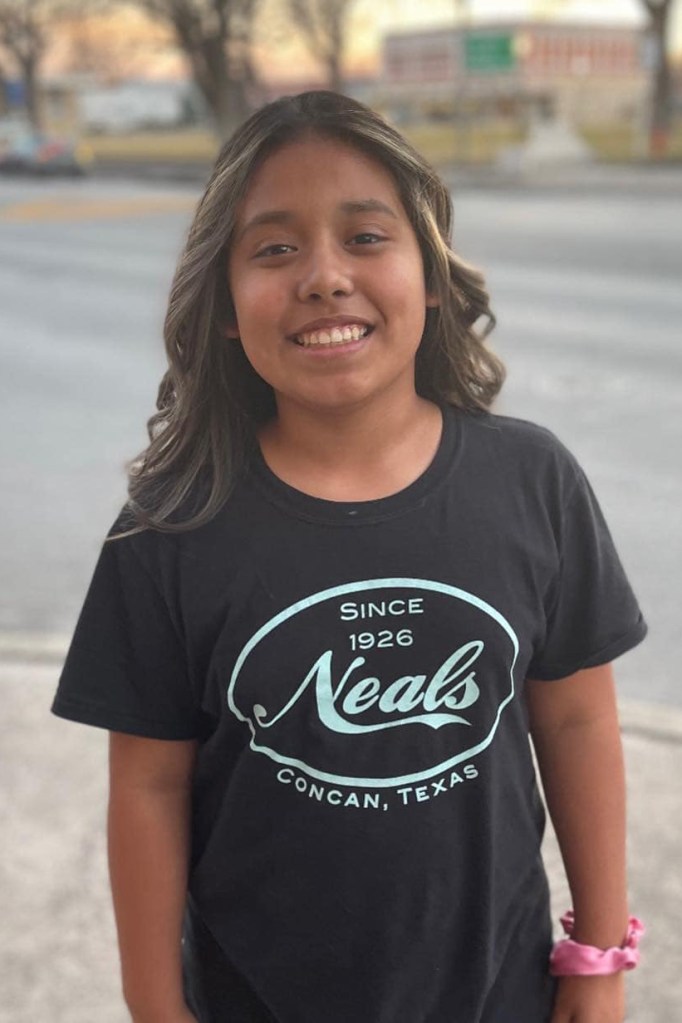 Lexi Rubio was among 21 people murdered during the shooting spree. (Facebook / Kimberly Mata-Rubio)

“There’s compelling evidence that the law enforcement response to the attack at Robb Elementary was an abject failure and antithetical to everything we’ve learned over the last two decades since the Columbine massacre,” Texas Department of Public Safety Director Steve McCraw said during a June hearing before the Texas State Senate, Law Officer reported.

“Obviously, not enough training was done in this situation, plain and simple. Because terrible decisions were made by the on-site commander,” McCraw said of Pete Arredondo, the Uvalde school district police chief.