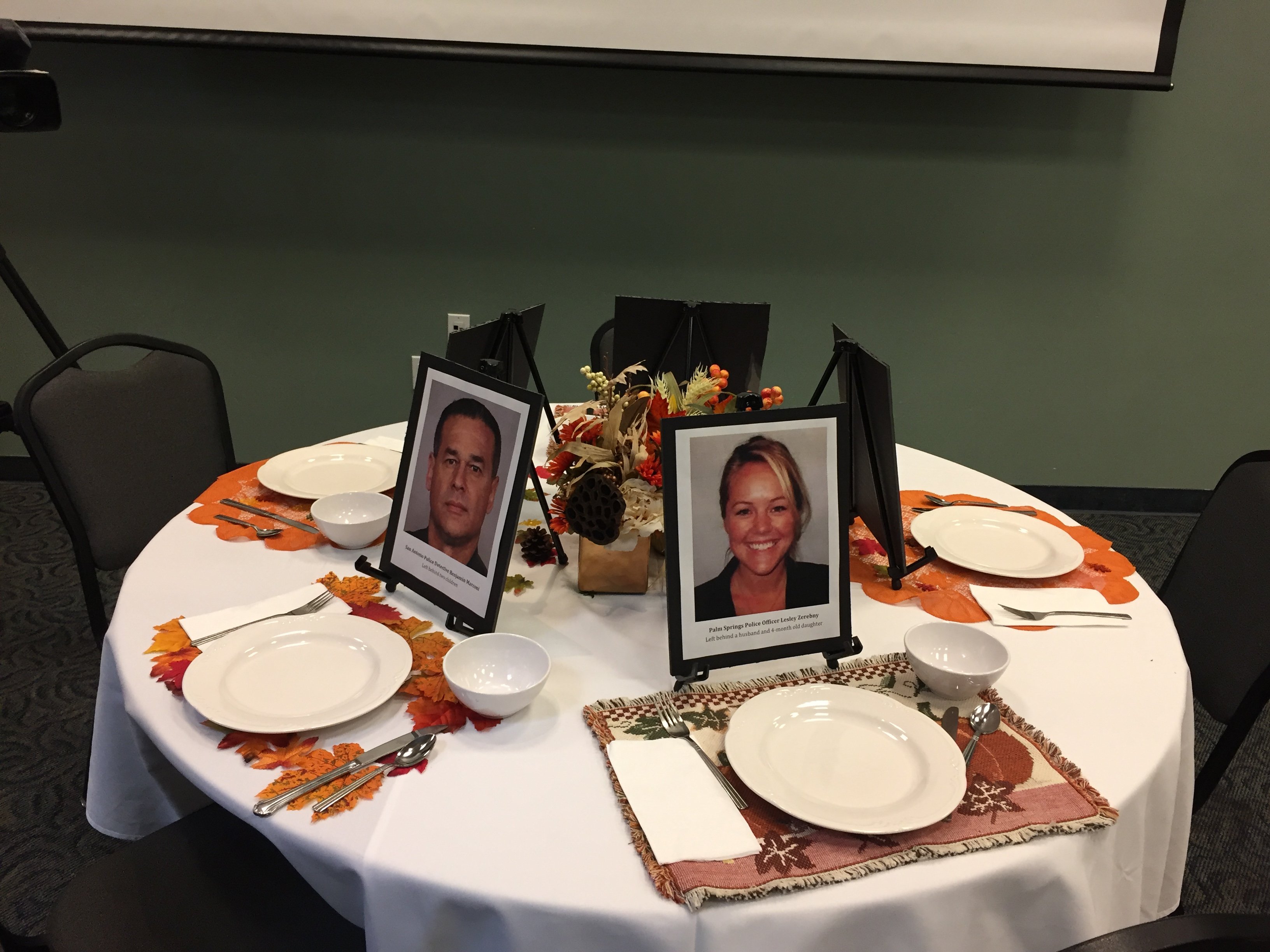 A mock Thanksgiving table is adorned by police officers fatally shot in recent weeks across the country as part of news conference by the San Jose Police Officers' Association on Nov. 23, 2016.

When did shooting cops become OK? Where’s the outrage when police officers are targeted for murder? Where are the protests?

Those are the opening lines of a new San Jose Police Officers Union video stating that 56 police officers in the United States have been shot to death so far in 2016, marking a 70 percent rise in such killings over the same period in 2015.

The video fades out with the message “The San Jose Police Officers’ Association believes” followed by the slogans “All Lives Matter” and “Blue Lives Matter.”

There was no mention of the Black Lives Matter Movement and the head of the Silicon Valley NAACP  called the video a betrayal to a supportive community.

which are controversial slogans as many activists in the country have been taking to the streets to decry that “Black Lives Matter” for the last couple years.

“Very upset, disappointed, saddened that they just blatantly said they have no relationship with our community,” Rev. Jethroe Moore II of the Silicon Valley NAACP said. “There’s no more trust with the POA.”

Silicon Valley De-Bug Director Raj Jayadev, one of San Jose Police Departments most prominent critics, said the video only serves to inflame the very tensions the union is trying to quell.

“Anytime an armed force with a license to use lethal force says it is ‘drawing a line in the sand’ — it should be understood as a very serious threat to the public,” Jayadev said. “If their goal was to ratchet up the tension between the police and the community, and further build distrust and suspicion — they nailed it.”

The NAACP and other groups plan to meet Sunday to discuss an official response to the POA ad.